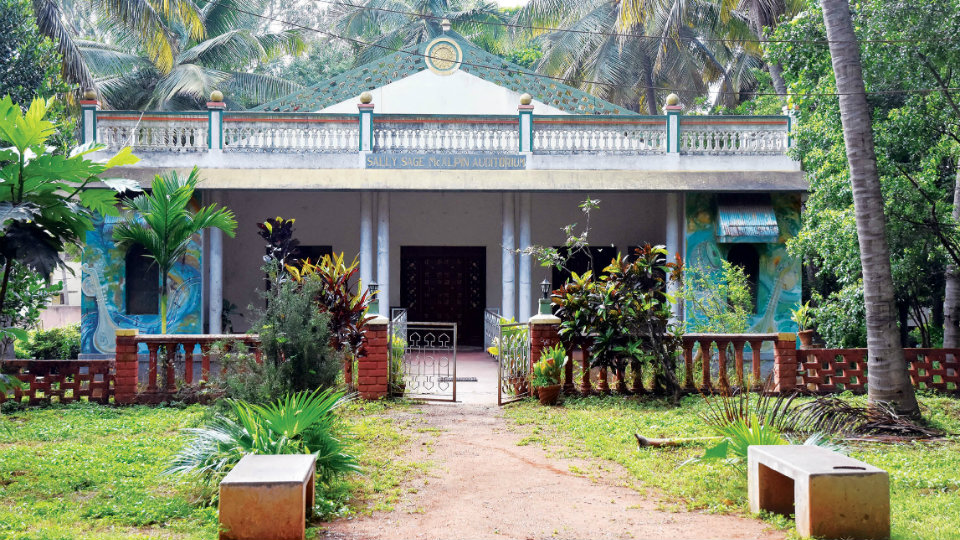 The Centre has struggled to achieve national and international recognition without any financial help from the Government or any agency. It has attracted scholars and critics, creative writers and translators to create a critical climate in the country by influencing the mind and spirit of the present academic world. Its library of literature produced in all English-speaking countries of the globe is its unique asset.

In a sprawling garden of nearly 700 trees, it has a natural and conducive ambience for creativity. An open theatre, a seminar hall in the library, an auditorium and some rooms for scholars to stay, all these have met the minimum requirement of a vibrant cultural and academic activity so far.

Nearly 125 seminars and workshops have been organised here and more than sixty publications of distinction have appeared. The two journals The Literary Criterion founded in 1952 by CDN and Sarasa founded by CNS (CDN’s son C.N. Srinath) in 2000 are the two eyes of the Centre.

While The Literary Criterion has been the most influential journal by offering platform to young scholars and critics and with its more than 25 special numbers or topics of great relevance and significance it has made a distinct contribution to the growth of English studies in India. It has been instrumental in introducing American Literature, and Commonwealth Literature to the Universities in India and the scholarly world and popularising Indian writing in English as well.

After the founding of Sarasa for the past twenty years, the only exclusive journal devoted to translation from Indian languages to English, many important works have seen the light of the day. A creative Translation Centre at Dhvanyaloka is taking shape to be established soon.

Several poets, scholars and critics from Australia, Canada, West Indies, Africa, Sri Lanka, US and UK in addition to our own in the country have visited and stayed for a longer period. A Nobel Laureate William Golding, former Prime Minister Rajiv Gandhi and several Governors and Ambassadors have visited the Centre.

On the occasion of its 40th year, the present Director Prof.  C.N. Srinath, himself a writer and critic, makes an appeal to all the beneficiaries and mute admirers to shed their modesty and actively participate in its activities and make use of the rich library and several periodicals and whisper to the outsiders about its significance in building a future generation of scholars and critics of literature.

This is not an appeal for funds. Though funds are important, the more important things are the trust and grace of comradeship which is slowly eroding in our reluctant society. All members of the Dhvanyaloka community are requested to respond positively to the Centre’s activities and try to be as vocal as possible or permissible about its achievement, if any. “This will certainly go a long way in informing and inspiring the younger generation who are the custodians of our heritage and values for which we have all fought and struggled to promote,”  signs off Prof. Srinath.