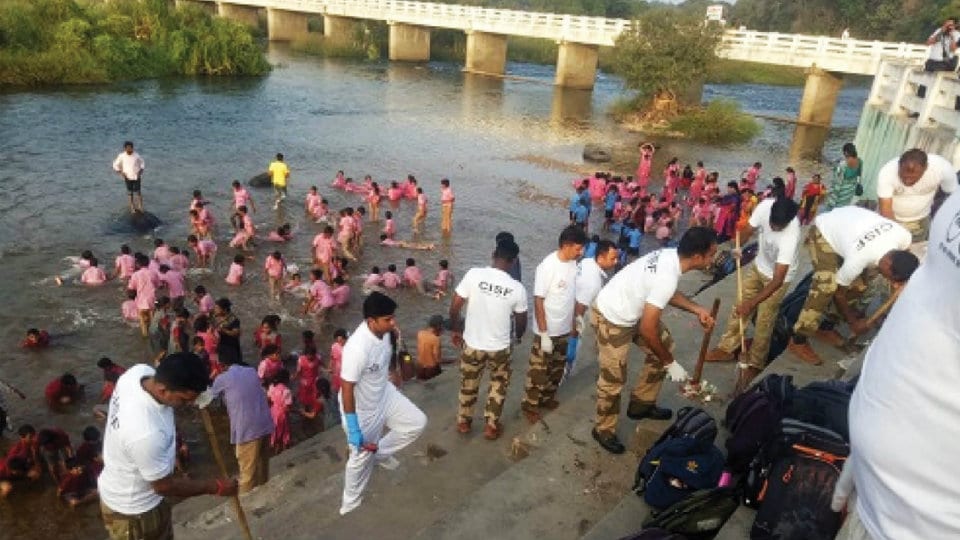 Mysuru: As part of Swachata Pakhawada from Dec. 1 to 15, CISF unit of BRBNMPL Mysore has undertaken various activities including sensitisation and awareness march by CISF personnel and family members regarding the importance of cleanliness and sanitation.

The CISF Unit also proceeded to Balamuri Falls for a cleanliness drive as part of Swachata Pakhawada, a Government of India programme which is being undertaken by all Government institutions to create awareness among citizens.

On Dec.5,  CISF Unit of BRBNMPL/RBI Mysore carried out massive cleanliness drive at  Balamuri in Srirangapatna.

To start the event, civilians and school children coming there for their festivities were sensitised and made aware about the concept of Swachata Pakhwada and briefed about the importance of such events.

The civilian  and school children actively participated in the event. The local people  also voluntarily came forward to join the drive.

The whole surrounding area of the Balamuri Falls were cleaned and a temple was also cleaned. Heaps of garbage in the water body were also cleared during the cleanliness drive.