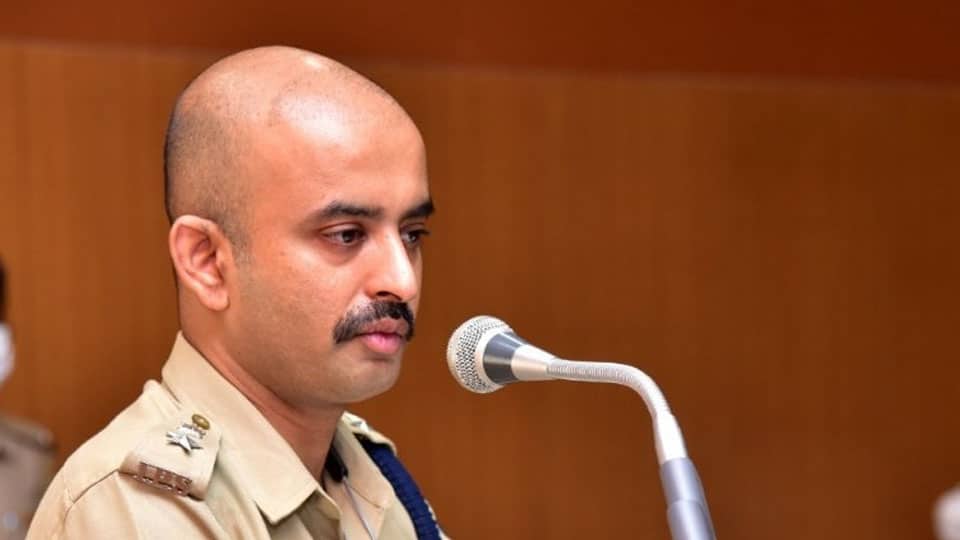 Talking to reporters here yesterday, he said that the State Government has banned all festival, jathras, public rallies and protests across the State till April 20 in the wake of spike in Corona positive cases. Hence, the Ugadi festival must be celebrated within the houses in a simple and traditional manner. Those who crowd in villages or found playing cards on the festival day will be dealt as per law, he added.

The SP said strict action would be taken against those who assault Traffic Cops while checking of vehicle documents and Police Department cannot be held responsible in case the riders try to take U-turn to avoid fine and end up in accidents. Why riders were afraid if they have proper vehicle documents? Co-operate with the Cops and show documents as they were meant to protect citizens.

Ryshyanth said that the Supreme Court every year asks the Police Department about the steps taken to check road accidents. Fatal accidents take place if riders fail to wear helmets. The Government of India has formulated rules for the sake of people and none should violate it. Fine would be imposed only in case of violation of traffic rules and now the citizens were given option to pay the fine amount in instalments. “Don’t be petrified if the Cops stop your vehicle for checking. Show them the documents if you have or else pay fine”, he noted.

Meanwhile, Bengaluru City Police Commissioner Kamal Pant has issued an order clamping prohibitory orders under Sec. 144 of Cr.PC on the entire Bengaluru city till April 20 midnight in the wake of surge in Corona positive cases.

In a press release here yesterday, he said that the prohibitory orders to prevent crowding of people in public places or places of worship, no rallies, dharna or protest, 50 percent cap in swimming pools, gymnasium, pub, bar, club and restaurants. The citizens must wear face mask compulsorily and maintain social distance. Business establishments which allows people without safety protocols, would be closed down, he warned.

In the wake of surge in Corona positive cases, the State Government has banned village stay (‘Grama Vastavya’) of Deputy Commissioners of 10 districts, including Mysuru, till further orders.

Meanwhile, Mangaluru University has postponed all degree examinations which were scheduled to be held from April 8 to 10, indefinitely. The new time-table will be announced soon, according to a press release.