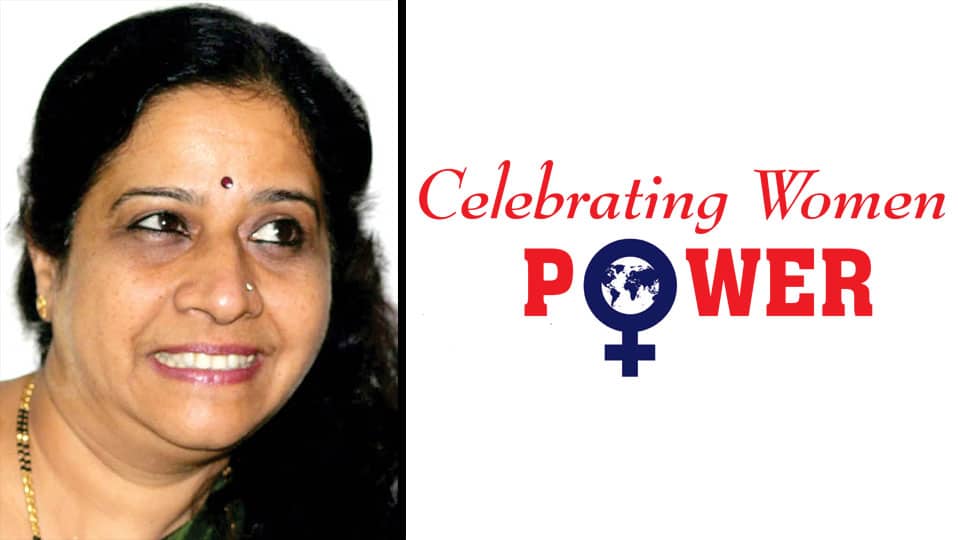 One of the finest actors produced by city’s theatre repertory Rangayana is Nandini Hiremath. Having come from a city like Bengaluru, she joined the repertory in Mysuru in the year 1989 under the guidance of late B.V. Karanth, Founder-Director of Rangayana. Nandini was just 19 when she joined Rangayana 28 years ago. Today, she is one of the most respected actors not only among those in the theatre circles in Mysuru but among others throughout the State as well. Star of Mysore had brief talk with Nandini Hiremath to know about her career and life as a theatre artiste. Excerpts…

Star of Mysore (SOM): Can you give us an insight into how did theatre happen to you?

Nandini: I was interested in theatre since my childhood. When I was 19-years-old, I was informed about the interview called to select artistes for Rangayana for which B.V. Karanth was the director. At that time I was supposed to write my final year BA (English) examination in Bengaluru. I came for the interview and got selected. Later, I took permission to attend my last exam paper before joining Rangayana.

Also, my father, K.V. Rajagopal has been my inspiration to join theatre as he was the HoD of Department of Dance, Drama and Music at Bengaluru University. In fact, he was also one of those who worked to popularise theatre in colleges during those times.

SOM: In earlier days, theatre was not considered to be an ideal profession for women. Was it difficult for you to convince your family about your passion?

Nandini: Like I said earlier, my dad has been a great inspiration for me to pursue my passion. It is true that in those days women were not allowed to do theatres for a profession. But, I was firm on my decision to pursue my career as a theatre artiste despite my family’s opposition, except for my father being supportive. It took my family sometime to accept the fact that I was into full-time theatre activities. But, once they saw the quality of work I was into, they were convinced.

SOM: How was it to be working with a stalwart like B.V. Karanth?

Nandini: Firstly, I feel lucky to be a part of Rangayana because I was one among the 25 people who were selected among 500 other candidates having come for the interview way back in 1989. We were also fortunate to be trained under B.V. Karanth who inspired us to continue with our passion. We were trained for seven years by the stalwart, the fruitful results of which can be seen even to this date. He also made sure that we took a vow not to quit Rangayana at any point of our career and instead work towards building the repertory.

SOM: Your thoughts on yesteryear theatre and present theatre?

Nandini: Present day theatre has evolved so much that there are a lot of opportunities for the actors to showcase their talents. There is financial stability as both Central and State Governments provide sufficient funds for theatre groups as an encouragement to carry forward theatre activities. But, not many youngsters take theatre as a profession because they are not paid well.

SOM: Theatre has also given you your life partner. Your thoughts?

Nandini: It’s true that theatre has given me a wonderful life partner in Prashanth Hiremath. It’s been fabulous to have found a perfect companion who is also from same profession. I have only heard about couples having differences of opinions while they work in the same profession. But, for me it has been the other way around. We both share our thoughts about the play we enact or about things related to our field. Even, our daughter is interested in theatre and shares her ideas and thoughts about our plays too.