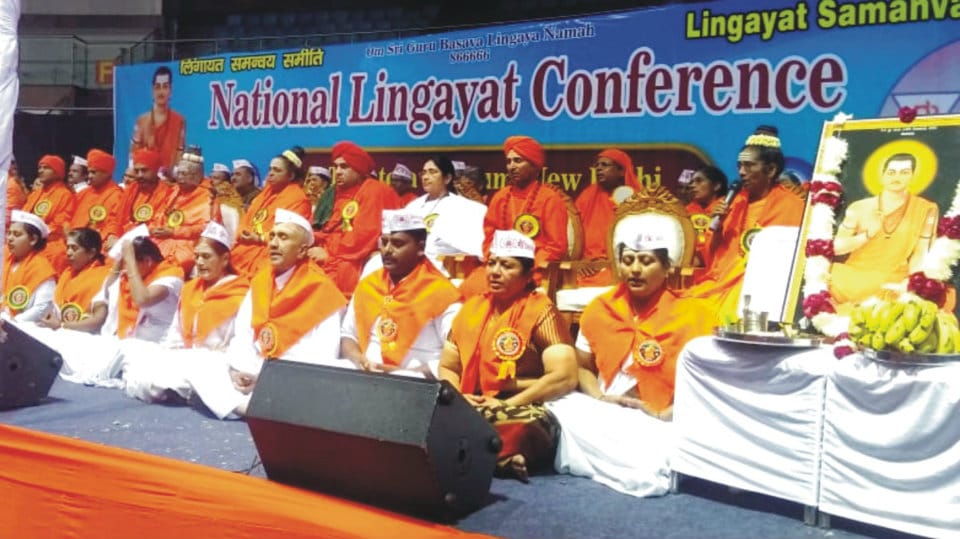 Bengaluru: The BJP-led NDA government at the Centre has rejected the demand of Lingayats for separate religion status.

The Centre’s rejection was conveyed to the Karnataka High Court this morning by Union Government’s Additional Solicitor General Prabhuling Navadagi. The Additional Solicitor General told the Court that the Centre had rejected the demand for separate Lingayat religion and a communication to this effect was sent to the State Government on Nov. 13 itself.

“The Centre has reiterated that Lingayat religion was part of Hinduism and even the UPA government had refused separate religion tag to Veerashaiva-Lingayat in 2013,” Prabhuling Navadagi told the Court.

The UPA government had said such a tag would disadvantage people belonging to Scheduled Castes who follow the Veerashaiva-Lingayat dharma, he told the Court.

“If Veerashaiva-Lingayat is treated as a separate religion by providing separate code/column, all Scheduled Castes professing the Veerashaiva-Lingayat sect will lose their Constitutional status, since SCs can be only from Hindu, Buddhist and Sikh, along with their sects,” Prabhuling Navadagi told the Court, explaining the NDA’s and the previous UPA’s stand.

The High Court, hearing a batch of Public Interest Litigations challenging the constitution of a panel by the Karnataka State Minorities Commission to look into the demand of Lingayats, had sought Additional Solicitor General’s opinion. Now the High Court has disposed of all the petitions.

The State Cabinet had on March 19 decided to recommend

to the Centre to grant religious minority tag for the Lingayat and Veerashaiva-Lingayat community. The decision was based on the report of an expert committee that had recommended considering grant of recognition as religious minority.

Subsequently, the Karnataka Minorities Welfare Department notified the Lingayats and Veerashaiva Lingayats as a religious minority, but said it would come into effect only after the Centre’s approval to the  State’s recommendation.

MEET IN NEW DELHI: Meanwhile, a three-day National Lingayat Conference began at Talkatora Stadium in New Delhi this morning under the leadership of Maate Mahadevi where it was reiterated that Lingayat was a separate religion and was different from Veerashaivism.

Leaders who led the conference later submitted a memorandum to Syed Ghayorul Hasan Rizvi, Chairman of the National Commission for Minorities urging him to recommend to Centre to accord separate religion status to Lingayats.