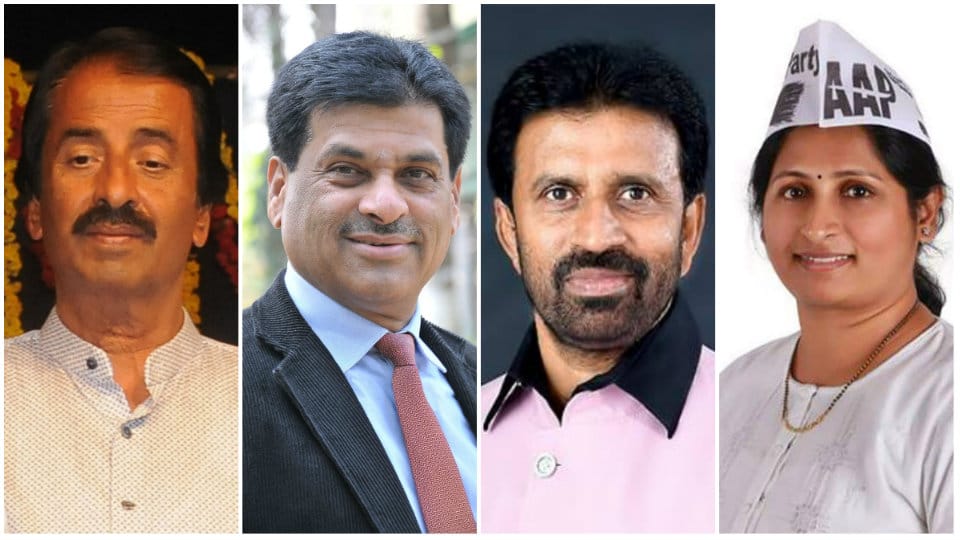 Chamaraja Constituency: Public debate on May 2

Mysuru: Today most voters cast their ballot based either on party platform or such divisive factors of caste, religion and community. All voters — literate or illiterate, poor or rich, young or old — want to bring about changes in the way voting takes place in India.

In a functioning democracy, voters should vote based on the ability and honesty of candidates and not simply be swayed by their party platforms. Only then the political parties will be forced to select the most deserving candidates.

Keeping this in mind, Mysore Grahakara Parishat (MGP) and Mysore District Journalists Association (MDJA) have organised a first-of-its-kind debate to learn about the views and backgrounds of the main political party candidates in view of the ensuing Assembly polls on May 12.

The debate will take place on May 2 (Wednesday) at Mysore West Lions Sevaniketan School (6th Cross, Gokulam III Stage) between 6 pm and 7.30 pm. In order to meet the Model Code of Conduct, only those with passes will be allowed to attend.

Prof. Niranjan Vanalli of Journalism Department, Mysore University and Preeti Nagaraj, journalist, will be anchoring the event. Only anchors will be asking the questions to maintain the decorum during the debate and also to comply with the Code of Conduct. Candidates will be asked similar questions and  given the same time to respond.

Debates of this kind where candidates are asked to give information about their backgrounds, vision for their Constituency, past and future contribution to their Constituencies will go a long way in educating the public to vote intelligently.

Public are invited to send their questions through e-mail to: [email protected] For more information call MGP on Mob: 94498-33792.