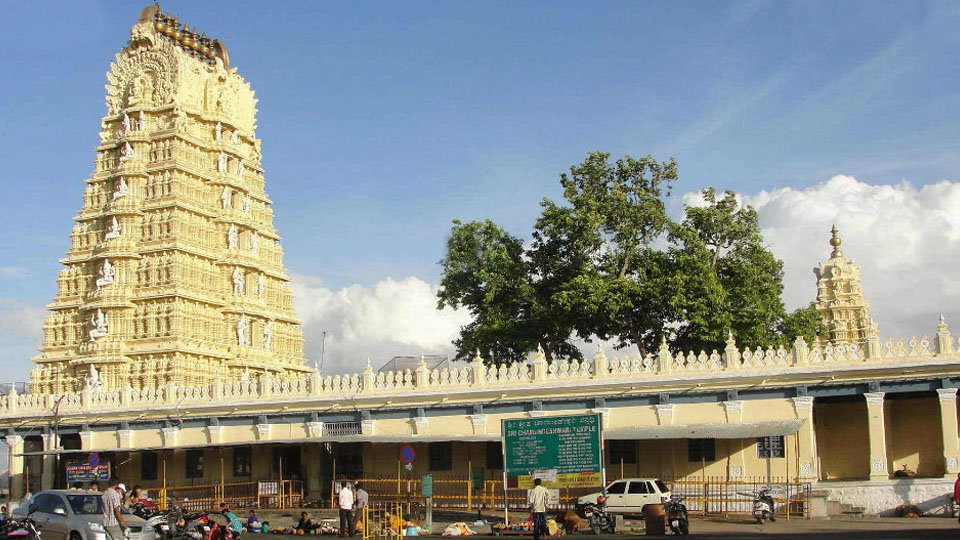 Mysuru:  The Chamundi Hill Management has clarified that no assault took place inside the temple on the last day of Ashada Shukravara at 4.30 am.

It was the action to control an unruly crowd that had broken the mesh barricade to forcefully enter the temple, said Executive Officer (EO) of Chamundi Temple K.M. Prasad.

He was reacting to a news item ‘Assault case against Chamundi Hill Temple AO – Was it a case of mistaken identity?’ published in Star of Mysore dated Aug. 11.

The report carried details of a complaint filed by H.S. Subbaraja Urs, a resident of Vidyaranyapuram at K.R. Police Station where he had alleged that he was standing in a queue at 4.30 am when he was called aside by the Administrative Officer and his five six staff and assaulted him. In his complaint, Subbaraja Urs claimed that he was assaulted inside the temple as he was about to enter the sanctum sanctorum.

Reacting on the issue, Temple EO Prasad said, “The allegations against the temple employees are totally false. CCTV camera footage clearly reveals that 10 to15 members of a group broke the mesh barricades at around 2.55 am and entered the temple from the side gate.

The Police, while opening the second inside gate, verified the tickets and took them to task at around 4.30 am. There was no mistaken identity as the lights inside the temple were bright.”