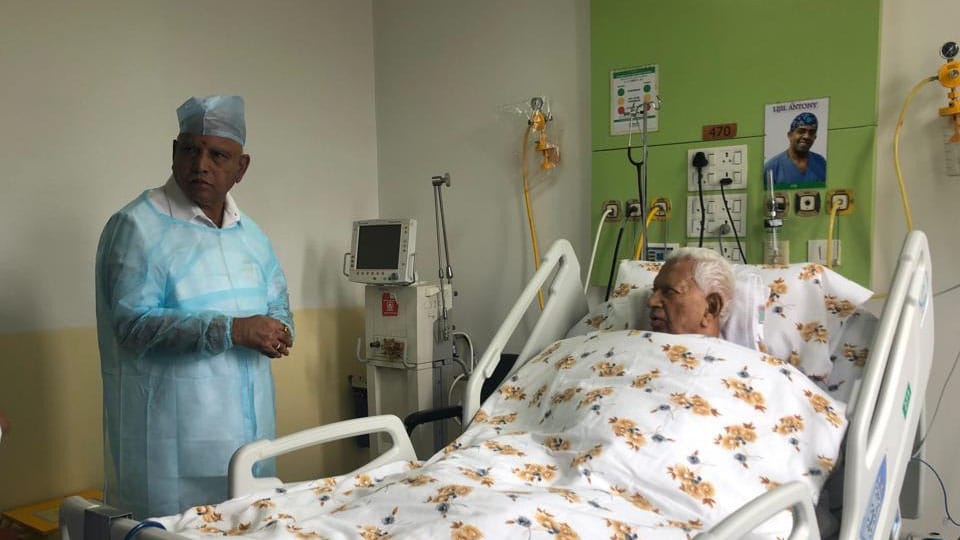 Vajubhai Vala, whose five-year term as Karnataka Governor ended on Sept.1, was given an extension by the Centre. But as the 80-year-old Vala is facing health issues, the Centre is said to be mulling on appointing a new Governor to the State.

Even as Vala underwent heart surgery, sources in the Raj Bhavan said that the Governor was reportedly made to change three cars over a distance of 12 kms on his way from Raj Bhavan to the private hospital on Bannerghatta Road  on Tuesday.However, the authorities defended the move claiming that they wanted to avoid media glare.

Meanwhile, Chief Minister B.S. Yediyurappa visited the hospital on yesterday morning. Sources said that the CM was asked to wear a clinical apron and smear his hands and arms with a sanitiser to avoid infection.

The CM interacted with the Governor from a distance and wished him a speedy recovery, the sources added.