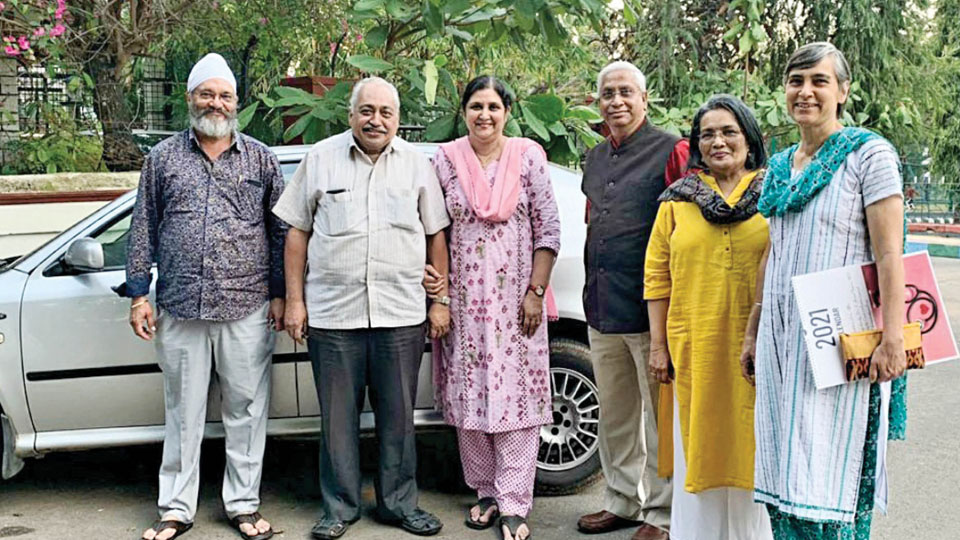 Checking on your Doctor’s health!

A recent news report says that a drive in Kolkata and its suburbs that was started last June has revealed the existence of dozens of fake doctors, armed with fake medical degrees and diplomas who were merrily practicing and making tons of money by treating unsuspecting patients. And, if you think that these were the kind of self-made, fake medicine men that you come across if you have the courage to step into the narrow bylanes of a city or town, you are dead wrong.

Yes, it is natural for us to assume that such things happen only in places which are inhabited by poor and illiterate folk who are completely helpless when it comes to looking into the credentials of the doctors they approach for their day-to-day health problems. Every one of the apprehended imposters was a very flourishing medical practitioner with attachments to good private and even government hospitals who were into this dirty business for many years. One of them who was attached to a very well-known and busy private hospital had been practicing as a gastro-enterologist for more than twenty years.

Another was a very famous allergy specialist of Kolkata, attached to another renowned hospital, with his own large cliental of very rich and highly educated patients, none of whom had even thought of checking his credentials or educational qualifications.

A third such fake doctor had even managed to get an award from no less a personality than the President of India himself for his sterling contribution to the medical field! And, behind the success of these and many other notorious stalwarts, was a genius who was so adept at fabricating and providing them their fake degree and diploma certificates that his prowess had gone undetected till he had sold them to five hundred and ten fake medical graduates and post-graduates, a number much greater perhaps than the medical degrees the University of Kolkata itself awards in a full academic year!

Not long ago, a very stylish medical practitioner with fake post-graduate degrees was apprehended in our own city along with his wife who was masquerading as his dietician and his two clinics were closed down. But I am told that he is still very much in business as a Physician at a new address.

Now, when it comes to checking the qualifications of any doctor, famous, infamous or otherwise, I don’t think any of us really do it at any time, with the thoroughness it warrants, if we have to get proper medical attention and remain safe. Yes, almost every patient who goes to a doctor for treatment does so only on the basis of the word of mouth that he or she hears from friends, relatives or acquaintances who have gone to that particular practitioner. This has always been the trusted tradition over the past. It is only now after the advent of online information that people are googling to find out what kind of medical care is available in the vicinity of where they reside.

But while this exercise provides them the information of the whereabouts of the doctor they are seeking, it does not tell them whether that doctor is a genuinely qualified person or a complete imposter. And, unless that doctor happens to be attached to a very big and reputed hospital, there is no way of being sure that he or she is properly qualified and adequately experienced to meet your expected requirements, except by having a face-to-face discussion with him or her. This is where most people, even in a face-to-face meeting, feel very intimated and therefore hesitant to ask seemingly impolite and probing questions.

To be very frank, in the forty years of my being a practicing doctor, not a single patient, before embarking on my treatment, has ever asked me in which medical college I have studied, or what are the areas in which I am qualified to practice, which may seem very astonishing to you. But I am not one bit astonished because this is the typical Indian reverence which most people have towards their doctors. It is a different matter that these days we find this reverence stops short after the treatment when it comes to settling treatment bills which seem a little too steep! But unless you ask questions before embarking on your treatment, the necessary answers will not be forthcoming and you will be left completely ignorant and clueless.

Let me tell you that when you are going to a doctor for treatment and are paying for the services provided, you are well within your rights to ask for the necessary information that will reassure you that you are doing something sensible and safe too. And, safety is the watchword and it is of utmost importance in all medical matters. There is nothing impolite or improper in this and if the doctor you approach seems uncomfortable about it, the best thing for you to do is to drop that doctor like a hot brick and look for someone more accommodating and obliging.

If a doctor does not seem to be having the openness or the time to clarify your doubts completely, he or she is simply not the right doctor for you. There cannot be a second opinion on this and you should bear this in mind at all times. And mind you, this advice is coming to you from a practicing doctor!

Last Wednesday was a sad day for me and many of my friends. In the very sudden and most unexpected passing away of Niranjan Nikam, the well-known journalist of our city the previous night, we lost a very affable and modest person who was a friend to many.

All of us develop our own impressions about the people we meet and interact with. But knowing him as I had known him for more than two decades, first through his writings and then through my personal interaction and friendship with him, I can say that while Niranjan was someone who was sensitive enough to feel hurt easily, he was not someone who would hurt the sensibilities of others without a second thought. He was always most careful in this respect.

Seeming to be in the pink of good health, he seemed to be the most unlikely person to fade from our midst so suddenly and at the most unlikely age of sixty-five. Exactly a month before he died, he and his wife Pamela had lunch at our house along with another friend’s family and we all had such a rollicking great time, chatting long after lunch, that the goodbye in front of our gate lasted a good half-an-hour! We parted company with all of us deciding that we should meet like that more often. But very sadly, it was not to be and we’ll all miss him forever! Rest in peace, dear friend !