Home » News » Chief Minister to decide on Unlock 2.0 this evening 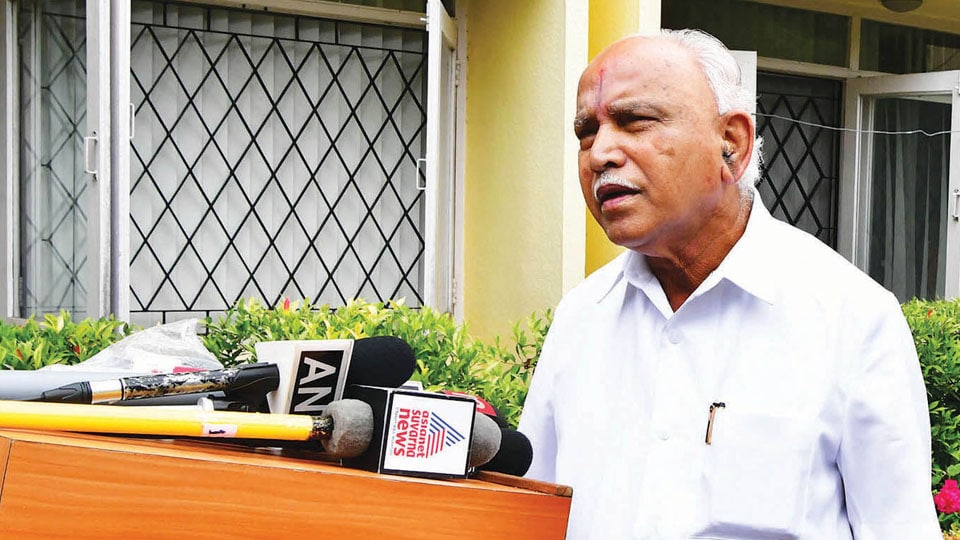 Chief Minister to decide on Unlock 2.0 this evening

Bengaluru: Even as State BJP In-charge Arun Singh is scheduled to arrive in the State capital this evening in a bid to end the leadership row once and for all, amidst the reported demand for a change of guard by a section of the party, Chief Minister B.S. Yediyurappa said that the Government will take a decision on Unlock 2.0 in districts which have less number of cases, later in the evening today (June 16).

Speaking to press persons here yesterday, Yediyurappa said that with Corona cases coming down gradually by the day, the Government will decide on details about Unlock 2.0 that will come to effect after the lockdown relaxations in the first phase ends on June 21.

Replying to a question on the demand by disgruntled Legislators for the arrival of another observer along with State BJP in-charge Arun Singh, the Chief Minister said that any leader of the party can meet him when he arrives in Bengaluru for a three-day visit of the State on Wednesday evening.

Asserting that there is no confusion over leadership issue, he said that the party is united and he would continue to be the CM for the next two years.