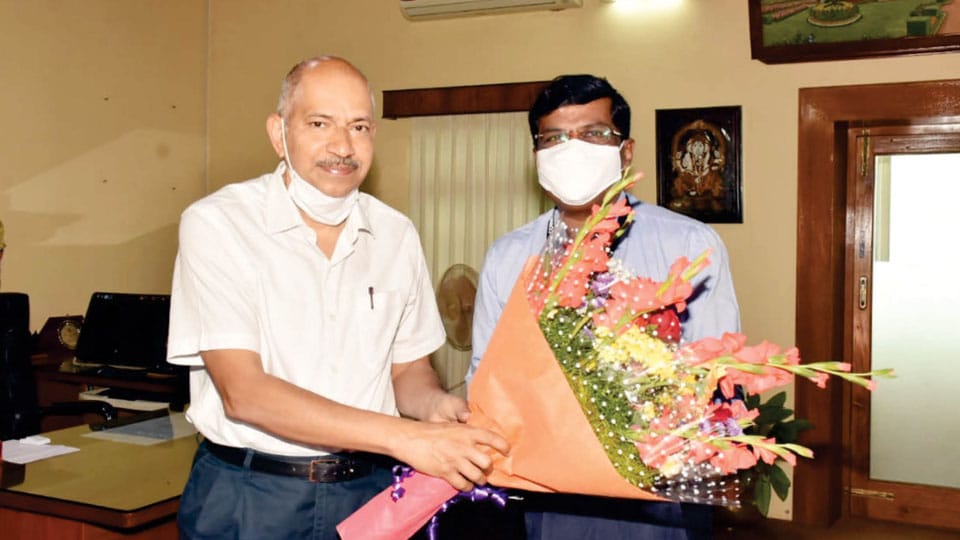 Mysore/Mysuru: In another meeting at the same venue (Administrative Training Institute) which was attended by officials from Industries and Labour Departments, Chief Secretary P. Ravikumar received inputs on the industrial scenario in the district.

Regretting that industrial progress in the district was not on expected lines, Ravikumar expressed displeasure that the district was lacking in industries despite having a good infrastructure and a conducive Industrial atmosphere.

Observing that Mysuru has remained stagnant in industrial growth for the past two decades in spite of good road, rail and air connectivity, he directed the authorities to prepare a road map for a spurt in Industrial growth.

Joint Director of Industries Department, Lingaraju, said that there are 11 Industrial areas and five Industrial Estates in the district. Pointing out that Hebbal and Hootagalli Industrial Areas have recorded good progress, he said that Tandya, Himmavu, Adakanahalli and other Industrial Areas are headed towards progress.

Noting that the Asian Paints factory, coming up at Himmavu, will have eight ancillary units and the TVS factory near Nanjangud has three ancillary units, Lingaraju said that a total of 2,029 acres of land has been acquired for Industrial Area in Nanjangud. Out of this land, 1,500 acres are available for setting up of industries, while the rest of the land will be utilised for providing infrastructure, he added.

Later, the Chief Secretary received information on the indefinite protest staged by land loser families who are demanding jobs in Asian Paints factory at Himmavu for having parted with their land for the setting up of the factory and the industrial scenario in Nanjangud, where some major industries are shutting down and several others are facing labour crisis, with workers staging protests against factory managements for unfair labour practices.