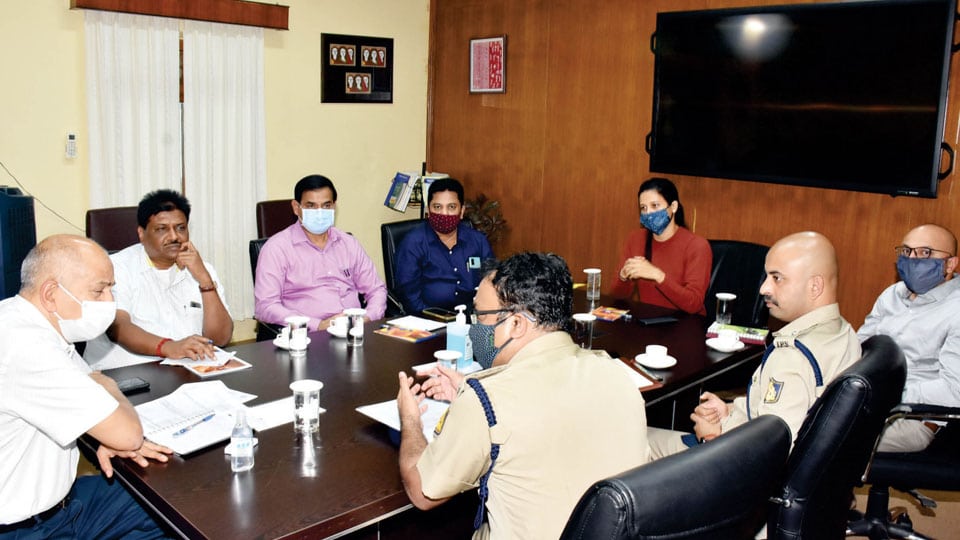 Mysore/Mysuru: State Chief Secretary P. Ravikumar on his first visit to the city, after taking charge of the post on Dec. 31, 2020 following the retirement of T.M. Vijay Bhaskar, instructed the officials to continue the strict measures in place for the next two months as well in order to tackle the deadly COVID-19 pandemic.

He was addressing top officials of the District Administration at Administrative Training Institute (ATI) auditorium on Lalitha Mahal Road here on Sunday.

Noting that the measures taken by the District Administration to stop the spread of the deadly virus is satisfactory, Ravikumar, however, cautioned against any laxity in the coming days.

Stressing on the need to maintain strict COVID-19 protocol and Standard Operating Procedures (SOPs) announced by the Government at least for the next couple of months even though the vaccine has arrived, he asked the officials to point out if there were any shortcomings in vaccine dry run conducted on Saturday.

Directing the officials to come up with a chart on the schedule for vaccinating people in the district, he sought to know the measures that would be taken to store the vaccines as and when they arrive.

Lauding the District Administration for its efforts to stop the spread of the deadly contagion, he reiterated that officials should not show any laxity in maintaining the momentum of the measures that are already in place.