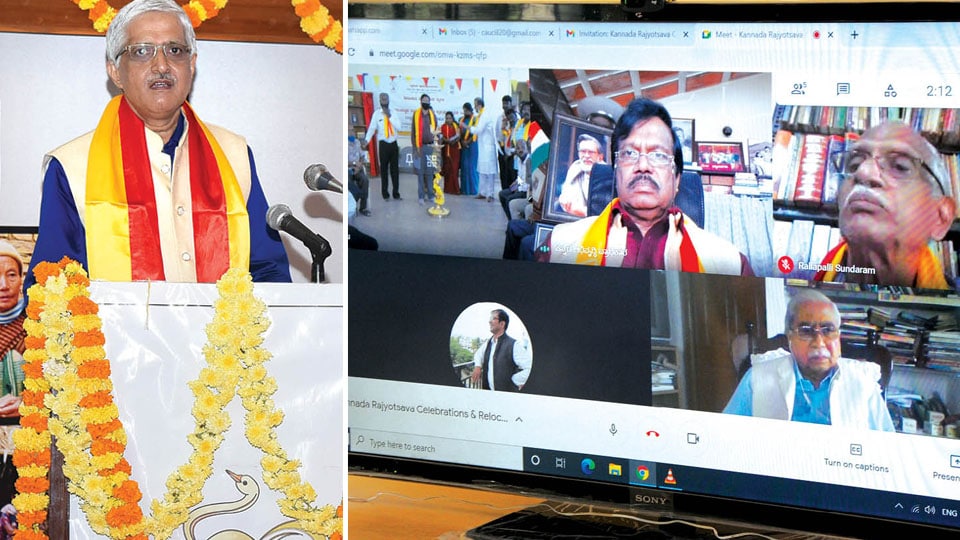 The occasion also marked the relocation of Centre of Excellence for Studies in Classical Kannada (CESCK) to NCHS building in Manasagangothri, provided by the UoM.

Nowadays, we feel that English is a must for making a living and as a result, all Indian languages have been neglected. We need to re-think about this and strive to ensure that regional languages including Kannada regain their pride.”

“There is no country as linguistically diverse as India with its wealth of literary corpus. Both English introduced by Maucaulay’s system of education and Bhakti Movement have revolutionised our way of thinking in their own unique ways. We need to remember thousands of Bhakti saints, Sharanas who wrote Vachanas and works of Haridasas who gave importance to Bhakti and revolutionised our society,” he said.

UoM Vice-Chancellor Prof. G. Hemantha Kumar, who was the guest of honour, described the shifting of CESCK to Manasagangothri campus as ‘home-coming’ and hoped that this move would further boost research activities. He also urged senior Kannada scholars to translate works of Kannada poets including those of Pampa, Ranna, Ponna and others.