Home » COVID-19 » ‘No screening of movies till Govt. fulfills demands’ 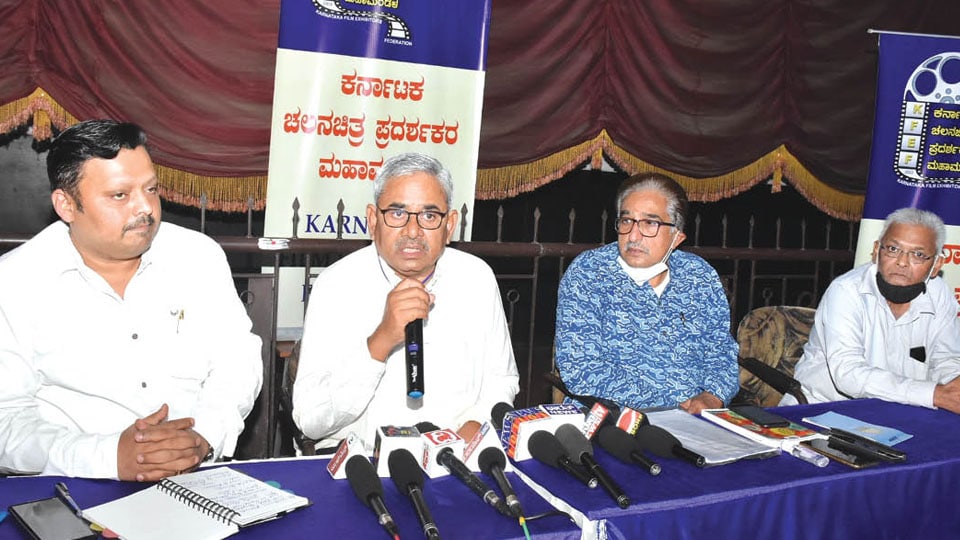 ‘No screening of movies till Govt. fulfills demands’

Mysore/Mysuru: Karnataka Film Exhibitors Federation has decided not to screen movies till the State Government met their charter of demands which included tax rebate and increasing the number of spectators.

Addressing a news conference here recently, Federation President R.R.Odugoudar said the theatre owners were under great loss due to closure of all cinema halls across the country due to check on spreading of Coronavirus. According to an estimate, the total loss caused to the entire industry was around Rs.6,300 crore.

Exhibitors and distributors have suffered a loss of Rs. 3,500 crore by way of GST. Recently, the Union Health Ministry has relaxed guidelines on re-opening of cinema halls but the Standard Operating Produces (SOPs) prescribed was posing new problems. Besides, the new policy of the State Government has worsened the situation. As a result, the Federation has decided not to re-open theatres till their demands were conceded by the Government.

He said in Mysuru City alone, the loss incurred by 11 cinema halls was around Rs. 110 crore. They have paid salary to staff despite the closure of theatres. The Central Government’s restriction on the number of spectators in unlock 5.0 has caused more loss for them. Need of the hour was to allow 75 per cent of the capacity to tide over the current crisis.

He urged the State Government to announce an uniform service tax without differentiation between air conditioned and non air-conditioned theatres; charge power bill as applicable to industries and not as commercial;  re-fixation off property tax owing to COVID-19; waiver of operator license cell for installation of digital projector and automatic renewal of all permits till next year.