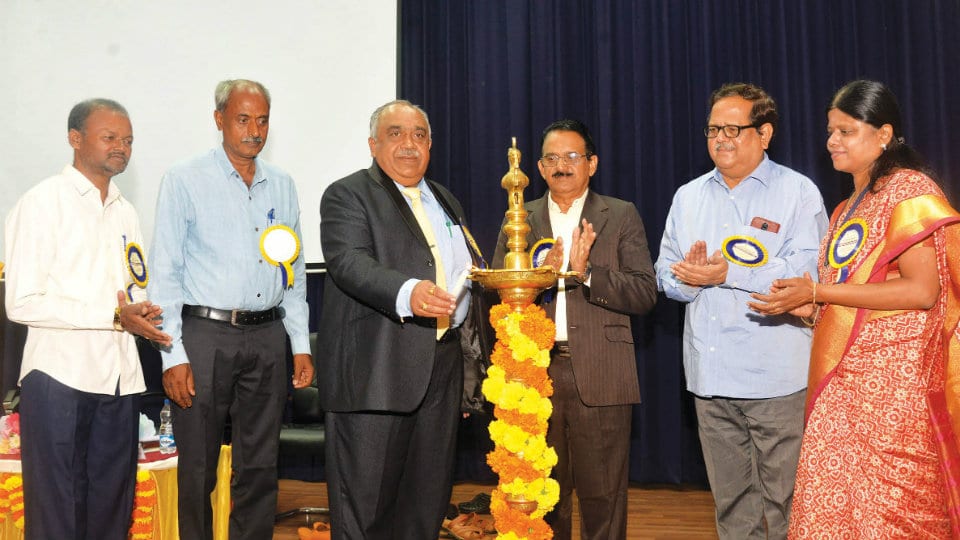 CIIL to bring out dictionary of Tribal languages soon

Mysuru: Central Institute of Indian Languages (CIIL) Director Prof. D.G. Rao said that a dictionary along with grammar of tribal languages such as Siddhi, Hakki Pikki and Soliga, which are on the brink of extinction, will be brought out soon.

He was speaking after inaugurating the three-day national workshop on ‘A multi-disciplinary view of local languages, culture and society,’ organised jointly by the Department of Computer Science of University of Mysore (UoM), Department of Studies in. Linguistics, Kuvempu Institute of Kannada Studies (KIKS), All India Researchers Association  (AIRA) and CIIL, at Vijnana Bhavan in Manasagangothri here on Monday.

Pointing out that the CIIL is currently conducting studies on more than 70 languages, he said that the digitisation of tribal languages is underway.

Prof. Rao said that the UGC has set up study centres regarding all languages that are on the brink of extinction. But still, the digitisation is not going on in the right direction, he regretted.

Emphasising that Departments such as Anthropology, Computer Science, Sociology and Linguistics need to work together for language studies, he opined that a perfect co-ordination between all Stakeholder Departments was key for getting the desired results.

Citing an example, he said that such a workshop was hosted by Hyderabad University last year, when lack of co-ordination between Departments came to light, Prof. Rao quoted a UNESCO report and said that 197 languages spoken in India were on the brink of extinction.

Maintaining that the extinction of a language also means the end of a culture, heritage and tradition, he expressed concern that the growing influence of English, apart from spelling doom for less spoken languages, is also posing severe threat to official languages as well.

UoM Vice-chancellor Prof. G. Hemantha Kumar, in his address, said that it was not the task of only one Department to save languages that are on the verge of extinction.

Stressing on the need for digitising all tribal languages and bringing them to the fore, he observed that in this backdrop, workshops such as this one  play a crucial role.