Home » News » Citizens asked to be cautious during illumination 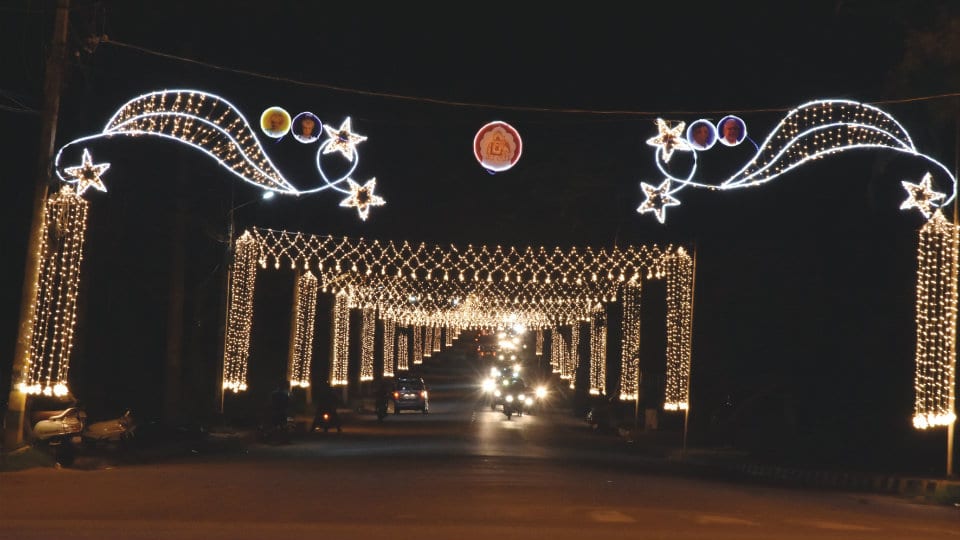 Citizens asked to be cautious during illumination

Mysuru:  With the entire city illuminated for nearly four hours (6.30 pm  to 10 pm) everyday for Dasara, the authorities have asked the citizens not to touch the lights, take selfies with illuminated bulbs, not to come in contact with electric wires and such other unsafe activities, especially when lakhs of tourists throng the city.

Taking note of reports on such unsafe and dangerous activities by citizens, tourists, children etc., the Dasara Illumination Sub-Committee in a press release has said that such unsafe and careless acts may lead to serious mishaps which may even be fatal at times.

In order to prevent any mishaps, CESC has deployed its personnel at select spots as a public safety measure.

Also, the CESC has taken out several awareness campaigns, besides making public announcements at all illuminated roads, Circles and junctions. But despite these measures, there are complaints that the public were ignoring the safety of their own and are moving very close to the illuminated electric circuits or making attempts to touch them. This has been brought to the notice of the City Police Commissioner and the Police Department has been appealed to deploy more personnel at vulnerable spots.

Further, it has been found that some miscreants have damaged the illumination electric circuit after the end of illumination hours. The CESC is making all efforts to ensure that the illumination circuits are intact and the design is not disturbed. Taking note of all these acts, the Illumination Sub-Committee has asked the citizens to be alert and not give way for any untoward incidents, the release added.