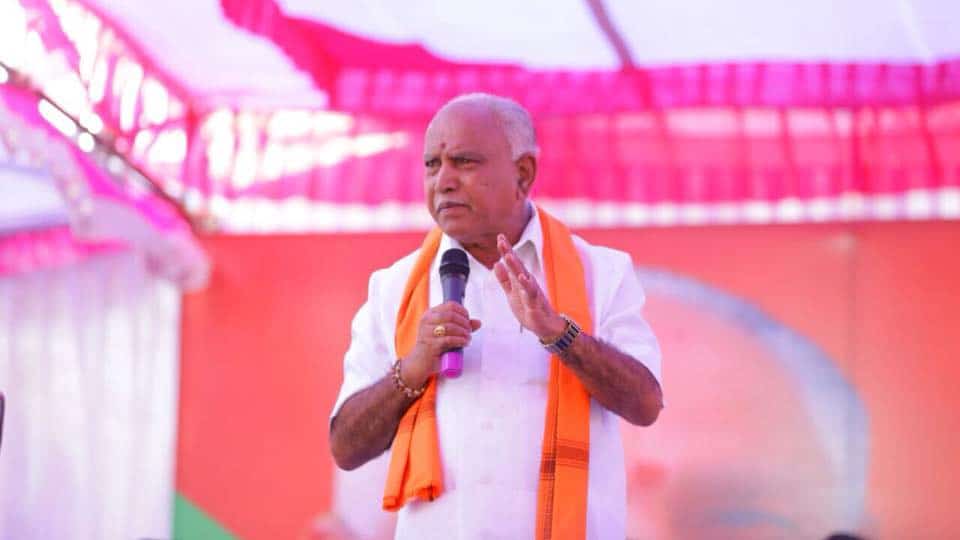 Mysuru: With the BJP’s State-wide ‘Parivartana Yatra’ scheduled to arrive in city on Jan.25, city BJP leaders held a meeting at the party office in Nazarbad yesterday to review the preparations for the Jan.25 rally in city.

Appealing the party workers to ensure an attendance of at least 80,000 people for the rally, he said that the BJP has launched the State-wide Parivartana rally  to unseat the corrupt Congress Government in the forthcoming polls.

Alleging that Hindu activists have become targets after the Congress Government came to power in 2013, he said that the serial killings of Hindu activists was a result of the Police Department’s failure to bring the culprits to book.

Stating that BJP activists cannot forget the killing of RSS worker Kyatamaranahalli Raju, a couple of years ago, Ravishankar accused the State Government of failing to act against the perpetrators of  ‘Love Jihad,’ in which Hindu girls have become the target of anti-National forces.

He further alleged that the Congress was holding its Sadhana Samavesha out of the tax payers’ money and that the State Government had concealed the Union Government’s contribution to various developmental projects of the State.

Former MUDA Chairman L. Nagendra, who also addressed the meeting, maintained  that the Congress won the Chamaraja Constituency only because of certain mistakes of the BJP and the party workers  must ensure that such mistakes do not recur in the forthcoming Assembly polls.

He also called for widespread campaign for sensitising the voters on the misrule of Congress Government.