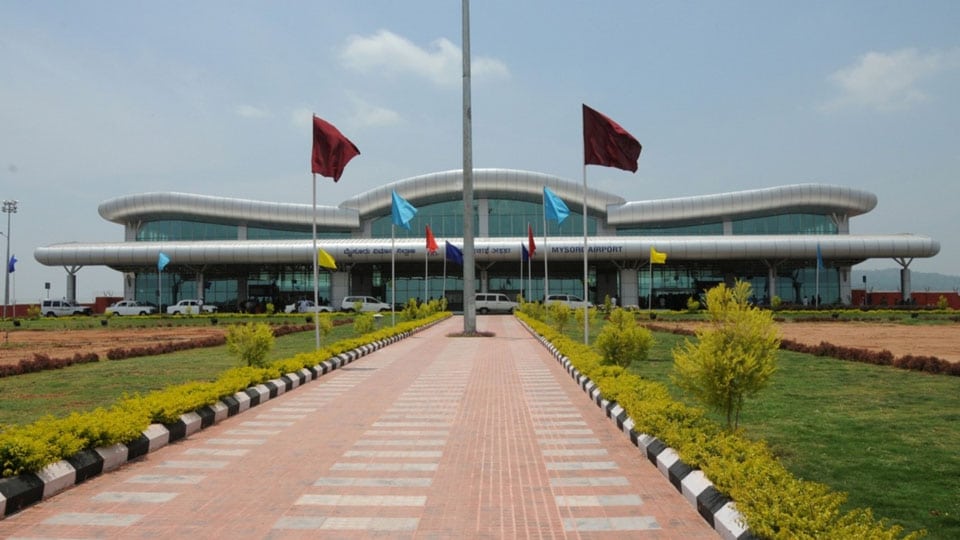 Mysuru: The city buses plying to Nanjangud will stop at the Mandakalli Airport in Mysuru to benefit the airport passengers. This decision was taken at the Aerodrome Committee and Airfield Environment Committee review meeting, here this morning.

Deputy Commissioner D. Randeep, who chaired the meeting, held twice in a year, at the Mysore Airport premises, said that in spite of the demand for a stop at the Mysore Airport, since a long time, nothing had been done in this regard. “I suggest that the buses drive into the airport, drop the passengers and leave,” he said.

However, the KSRTC Assistant Traffic Manager H.D. Dinesh Kumar, who was also present, said that it would not be possible to take the bus inside the airport. “Instead we can provide a bus stop and even a bus shelter opposite the airport, where the passengers can alight,” he said.

The meeting discussed the issue about constructing an alternative gate for the VVIP movement and other emergencies. “The movement of the VVIPs like the President, Prime Minister, Vice-President, Chief Minister and other dignitaries are hampered as there is only one Main entry gate to the airport. Hence, a separate gate will be constructed at an estimated cost of Rs.8.7 lakh,” the DC said directing the officials of PWD to build the gate. Randeep wondered why no action had been taken regarding the ramping up of the security at the Airport with an ACP ranked officer posted. “This issue was discussed in the last meeting too and nothing has been done about it,” he said and added that a letter would be written to the Police Commissioner and the DG to take up the issue immediately.

Regarding the issue of the expansion of the runway by 150 metres, he said that land has to be acquired for the expansion and there should be open space on either side of the 150 metre. “Nothing has happened in this regard and if KIADB and PWD writes to me, I will follow it up,” the DC said.

On the disposal of garbage and combing operations to counter the menace of dogs, wild pigs and other animals, he asked the Forest Department officials to see that the branches of the trees hanging out over the Airport compound from which the animals make their way into the airport land should be trimmed. He also directed them to remove the beehives in the area that could lead to problems.