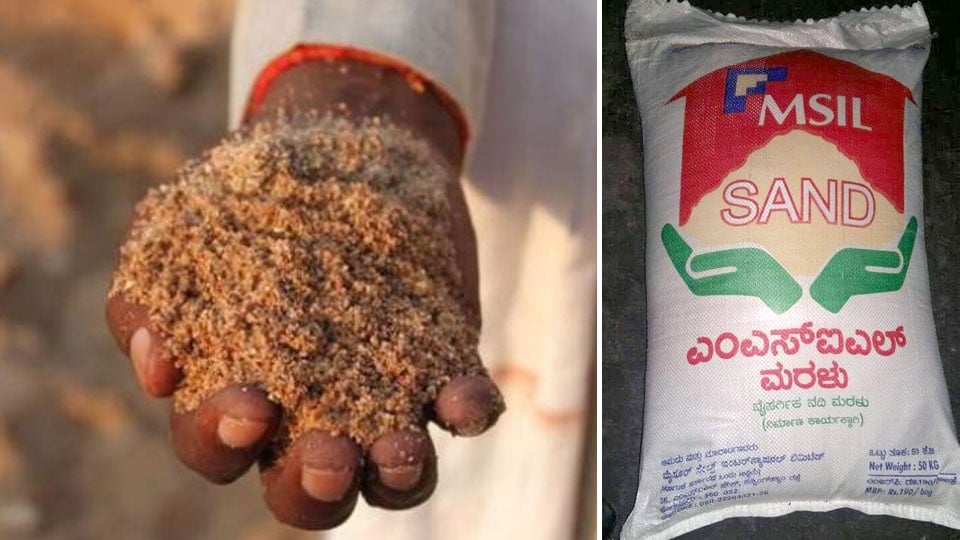 Sale of Malaysian sand by MSIL delayed in city

Mysuru: The sale of the much-publicised Malaysian sand by Mysore Sales International Limited (MSIL) for builders and public in the city from today has been delayed.

The MSIL has still to make arrangements to sell the Malaysian sand as the load had first arrived in Visakhapatnam, then transported to Mangaluru Port from where it was moved to Bidadi and from there it will be moved to Mysore New Goods Terminal (MNGT) Station in Mysuru, said a source in MSIL, speaking to Star of Mysore  this morning.

There are many formalities involved and just because it is announced that this sand will be on sale from today (Jan.22) how can we sell the sand when it has still not arrived at all in Mysuru, he asked. The first consignment of the Malaysian sand is likely to arrive in city by next week.

The first requirement is Period for Registration of Importers Dealer’s Licence, which has a validity of five years from the date of issuance called the Minimal Discharge Transporter Licence Permit, which has to be obtained.

Then an importer or dealer, who intends to transport the sand, should apply for CMDP (Computerised Mineral Discharge Permit) Licence. The dealers should register in the ILMS (Integrated Lease Management Service) at the Department of Mines and Geology.

After all this, the dealers should obtain SSPP (Special Security Permit Paper) of Rs.10 per trip sheet and obtain movement dispatch permit to transfer sand. The imported sand shall be sold only in 50 kg bags at a cost of Rs.200 per bag, while a ton of sand costs Rs.4,200 in city, he said.

However, when Star of Mysore spoke to National Joint Secretary of CREDAI K. Sriram in city this morning, he said, “Majority of the builders in Mysuru have stopped using river sand since the last four years and we all depend only on M-sand (manufactured sand). Many state-of-the-art M-sand units have been set up in the city.”

READ ALSO  Malaysian sand to be sold in Mysuru from tomorrow

Asked about the move of the government to introduce Malaysian sand, he said that it is very difficult to replicate nature. The natural sand which is extracted from the riverbed has infinite number of edges while M-sand has finite number of edges. “Hence, in that sense natural sand is good. However, I do not foresee mass scale usage of Malaysian sand, except by a few people who build private homes. Besides, a ton of M-sand costs Rs.1,300 while the Malaysian sand costs Rs.4,200 a ton,” he added.