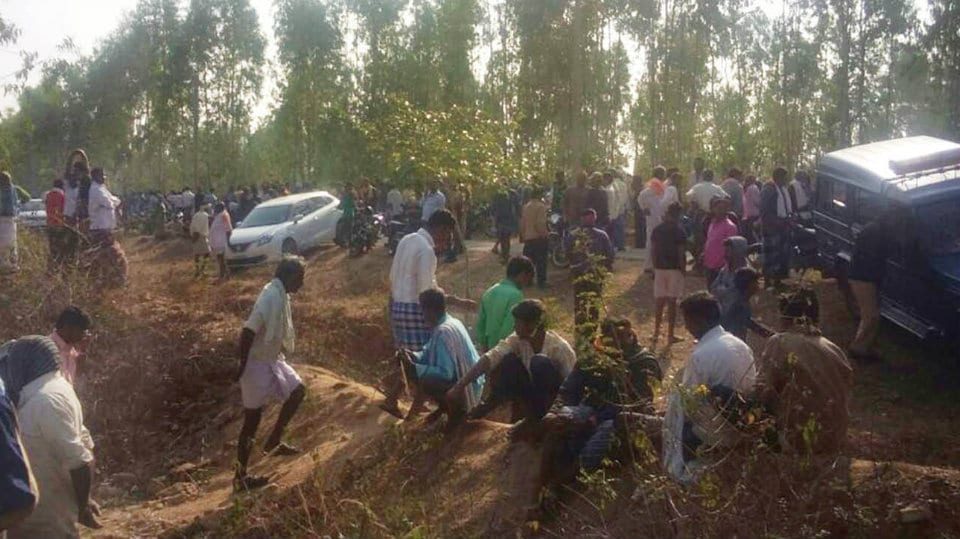 Mysuru:  A middle-aged man, who was part of a five-member hunting group, was found dead with bullet injuries in the forest area near Harohalli, Jayapura hobli in the taluk this morning. The deceased has been identified as Shivannegowda (50), son of Javaregowda, a resident of Kaniyanahundi in H.D. Kote taluk. He was working as a labourer.

It is reported that three persons from Heggur and two from Kaniyanahundi had gone to the forest area to hunt wild boars at about 8.30 pm.

This morning, some passersby, who found the body of Shivannegowda with bullet injuries, alerted Jayapura Police, who rushed to the spot,  conducted mahazar and registered a case. Tracks of Shivannegowda being dragged behind a bike and bruises on his body was found, it is learnt.

Kareem Rauther, Circle Inspector of Mysuru South Police Station, who too visited the spot, said that, it is yet to be ascertained whether the person was killed in the firing by the poachers or from the Forest Department personnel and added that the Police were investigating in all directions.

Meanwhile, the body of Shivannegowda has been shifted to MMC&RI mortuary in Mysuru for post-mortem. More details are awaited.