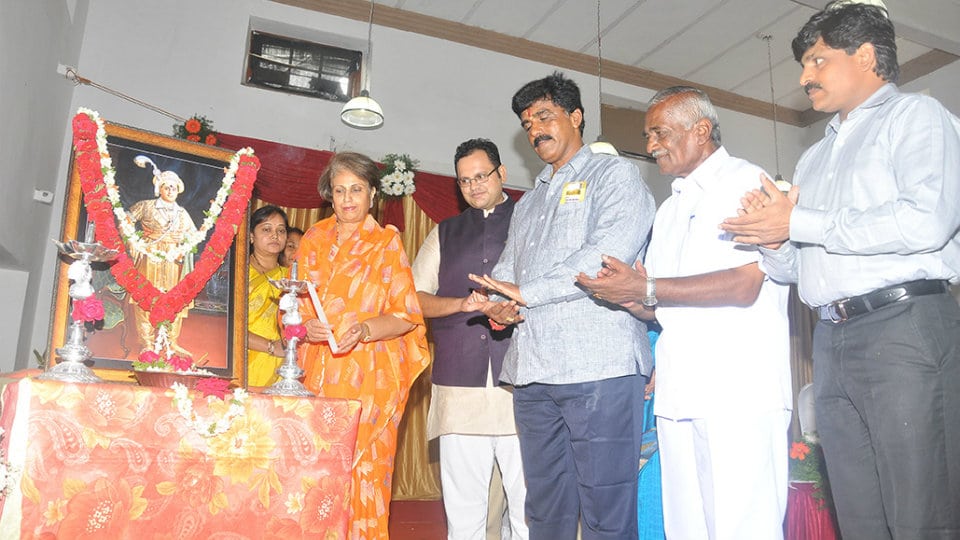 Mysuru: The contributions of the last ruler of Mysore Sri Jayachamaraja  Wadiyar was recalled in glowing terms at several functions organised as part of his 98th birth anniversary celebrations, here this morning.

The Mayor advised the children to learn about the heritage structures in the City to understand the history. He also asked them to plant more trees so that the environment can be protected.

Earlier, the Mayor and Pramoda Devi planted saplings in the premises. Later, she handed over saplings of exotic flowering trees of yesteryears like Jacaranda, Tabebuia Chrysantha, Cassia Nadosa, Cassia Fistula, Tabebuia Avellanede , Cassia White, Casia Javanica and Colvillea Recemosa to the Mysuru City Corporation to enable them to landscape and make the city more colourful.

Vice President of the Trust Bharathi Sridhar Raje Urs highlighted about the saplings that was distributed to the Corporation. 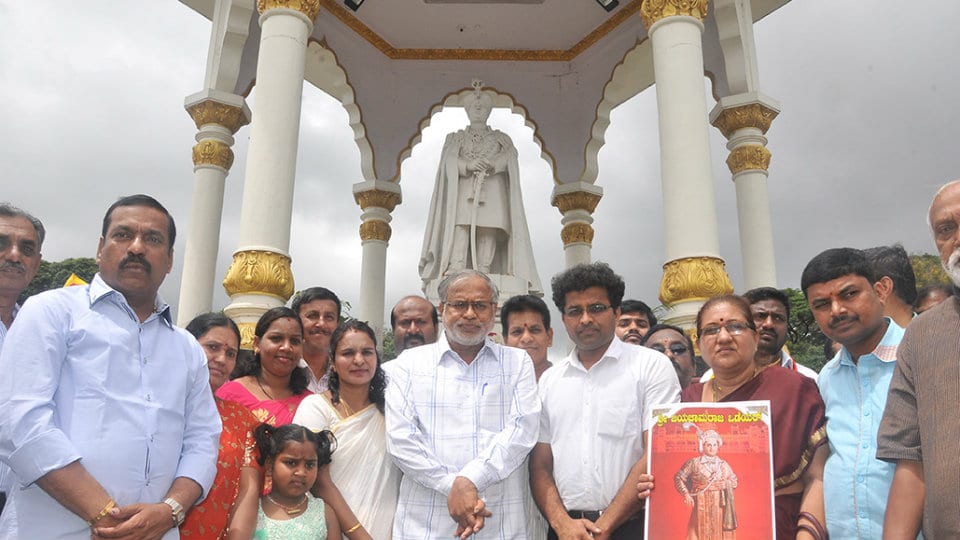 Former Minister and MLA S. Suresh Kumar said that Jayachamaraja Wadiyar was the last ruler of Mysuru and he was also the Governor of the State. The Wadiyars have a rich 600 year history and the contribution of the royal family to the State is immeasurable.

He said that many of the kings from Wadiyar dynasty were model rulers and there is a lesson in it for the politicians to learn. Their guidance is very essential in today’s world. Suresh Kumar recalled the time he had seen Wadiyar in the late 1960s atop the Ambari elephant during the Dasara procession.