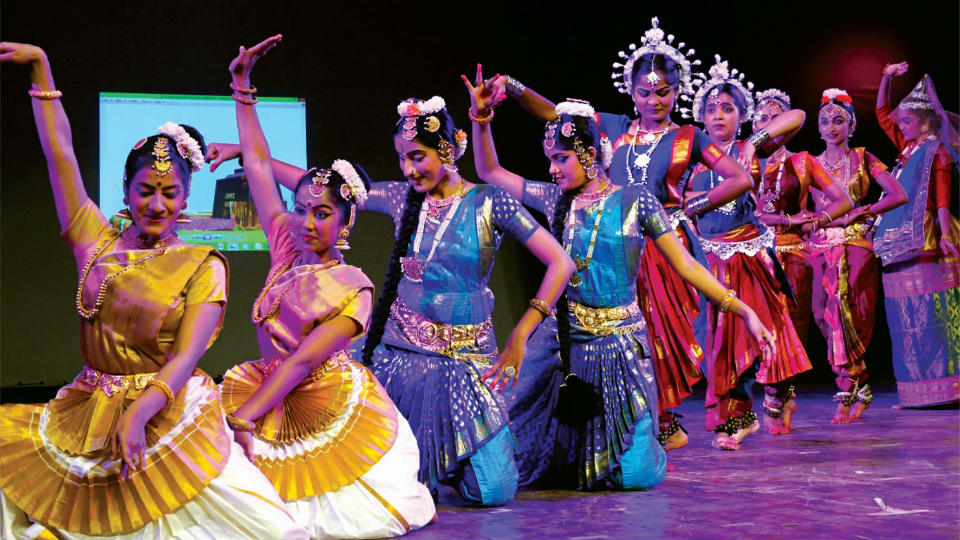 Mysuru: The Military Veterans Welfare Association, Mysuru, celebrated Kargil Vijay Diwas at Kalamandira in city on July 26 by paying homage to the martyrs who laid down their lives during the Kargil War in 1999.

The programme was inaugurated by Deputy Commissioner (DC) D. Randeep.

Speaking on the occasion, he said that everyone should work to make India, a developed country.

If the country is strong internally it can grow as a strongest nation in the world, he added. There will be several attempts by the enemies to divide the country and it is important for us to stay united to fight these anti-social elements, he said. 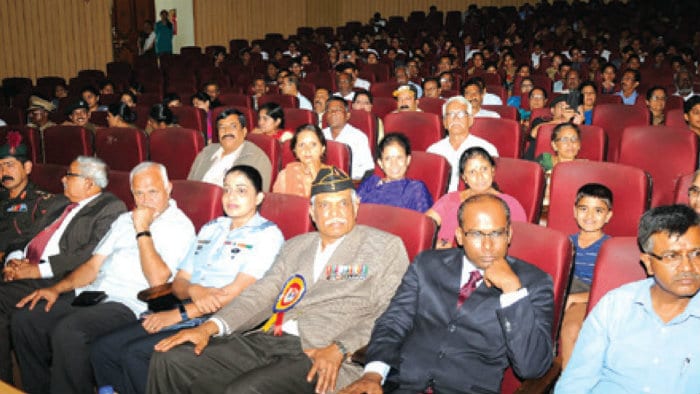 Deputy Commissioner D. Randeep along with the members of Military Veterans’ Association and military personnel at the celebrations.

The programme was attended by military veterans, NCC cadets from various educational institutions and the general public.

A painting expo on martyrs and valiant war heroes who were awarded bravery medals was also held at Suchitra Art Gallery in Kalamandira.  Association President Brig. (retd) Vinod Kumar Adappa, Lakshman, Sridhar and others were present.

Pointing out that the Home Department had the responsibility of providing security to citizens, Soorya claimed that the department officials themselves were facing professional insecurity due to governmental pressures, which reflects the State’s Congress Government’s style of functioning. 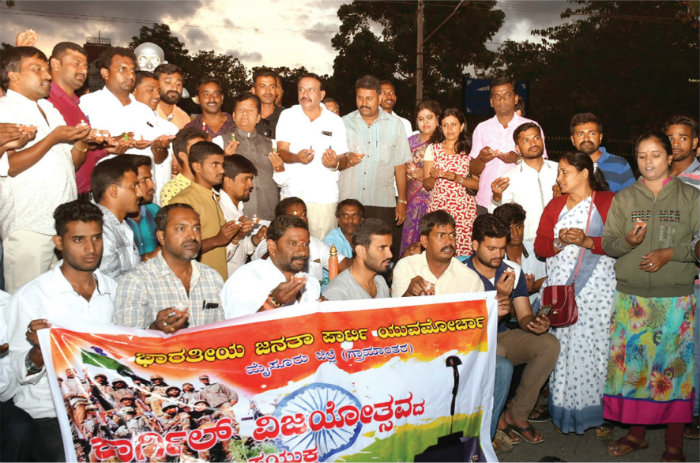 Taking exception on seeking permission from the Police for holding patriotic and nationalism programmes, Soorya said that the Police had given a conditional permission for celebrating Kargil Diwas only after MP Pratap Simha, who is in Delhi, exerted pressure on the Police.

Calling upon everyone to celebrate Kargil Vijay Diwas, he said that it was the duty of every citizen to remember the martyrs who scarified their lives for protecting our motherland.

On the occasion, six Ex-Servicemen – Raghu Acharya, Umesh, Subramanya, Rajendra, Prathap Kumar and Mahadevaiah were felicitated by N.R. Constituency BJP leader H. Giridhar for their services to the country. Ex-Servicemen Raghu Acharya, Umesh, Subramanya, Rajendra, Prathap Kumar and Mahadevaiah, who were
felicitated on the occasion of Kargil Vijay Diwas at a function organised by Jalapuri Nagarikara Hitharakshana
Vedike near Jalapuri Police quarters in city yesterday, seen with the organisers and students.

Giridhar spoke about the bravery of the soldiers, who fought the Kargil War in chill weather to protect the country, which led to their victory and also condoled the death of seven soldiers who sacrificed their lives while protecting the country. Later, all the ex-servicemen, who were felicitated shared their experiences.