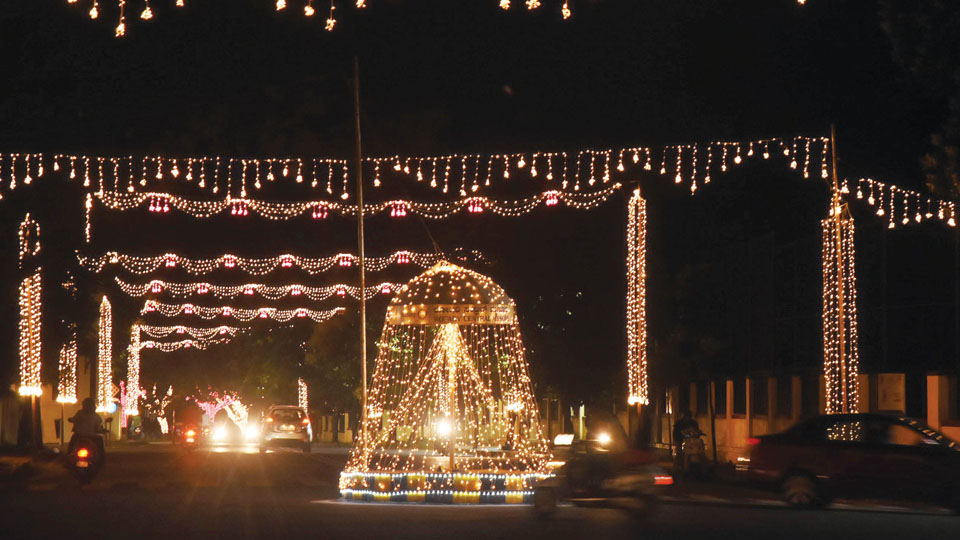 In a press release, CESC Managing Director Jayavibhavaswamy and Chairman of Dasara Illumination Sub-Committee T. Ramesh said the illumination will be extended only in the heart of the city and prominent junctions and roads from 6.30 pm to 10.30 pm. The extension was decided following a meeting with District Minister S.T. Somashekar and Energy Minister V. Sunil Kumar.

The unique designs adopted for illumination this year was appreciated by the Chief Minister and other dignitaries and also by lakhs of tourists who poured onto the streets after 6.30 pm just to see the lightings and designs, he added.