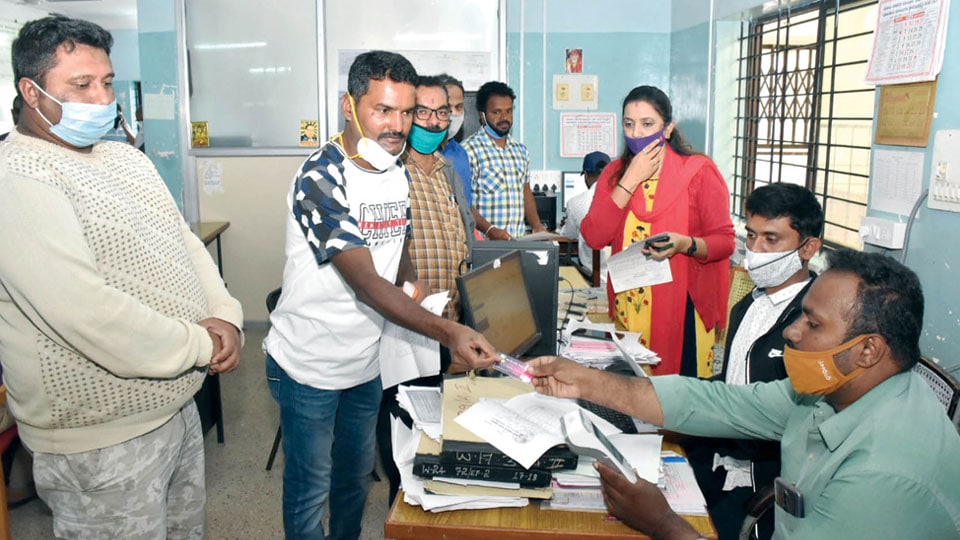 Mysore/Mysuru: Perhaps for the first time in recent years, the Mysuru City Corporation (MCC) is heading for a deep financial crisis with a sharp decline in Property Tax collection. The current COVID-19 crisis has delivered such a deadly blow that businesses have not picked up despite a series of unlock measures announced by the Government of India.

If the situation continued for the next one or two months, the Civic Body may not be having any money to take up any development works in city. In fact, it did not have money even to take up Dasara-related regular maintenance works and is depending upon funds from the State Government to commence works in next 8-10 days.

As per the MCC’s Registry, there are 1,83,000 properties, including 26,000 revenue properties. The MCC had set a target of Rs. 150 crore as the collection from Property Tax for the year 2020-21. But they had never imagined that their target will go haywire due to Coronavirus epidemic. With the complete shutdown of all commercial and business establishments for over three months during lockdown and curbs on movement of people, tax collection has taken a severe beating. Till now, cinemas have remained closed and the flow of people to malls has not picked up due to spike in Corona positive cases in the city in the last two months.

“As against the demand of Rs. 150 crore for this fiscal, the collection so far has been Rs. 67 crore which is around  45 percent. In fact, the MCC has collected Rs.56 crore in single month in April last year. As per their expectation, the MCC should have netted Rs. 90 crore by the end of this month. But it looks like an impossible task given the lukewarm response from tax-payers,” an officer from the MCC told Star of Mysore.

MCC rakes in the moolah in the form of Property Tax from big commercial establishments, hotels, cinema halls, malls and marriage halls. While cinema halls are yet to open, the footfall to malls is negligible. Marriage halls are not having any business due to scaling down of marriages following restriction on number of invitees. Hotels are also incurring losses as people are hesitating to eat outside in the fear of pandemic, he added.

According to him, understanding the grim situation, the State Government announced 5 percent rebate till April which had no impact. Further, it was extended till July and once again extended up to October end with an expectation of big property payers to clear the dues.

“Our offer to pay tax without penalty has no takers. Maintaining the Corporation will become difficult if the current situation continues for next two to three months. Traders cannot be compelled to pay as business has not picked up. We cannot take the extreme step of cancelling trade licences or sealing of properties on humanitarian grounds. However, tax collection from individual houses has picked up,” he added.

“Hoteliers Association is expecting some relief from the State Government in the wake of dull business. Once clarity comes, it will help the MCC to take further steps. Yes, we are passing through difficult times. We can only request traders to pay tax in the interest of the Corporation.” — MCC Commissioner Gurudatta Hegde