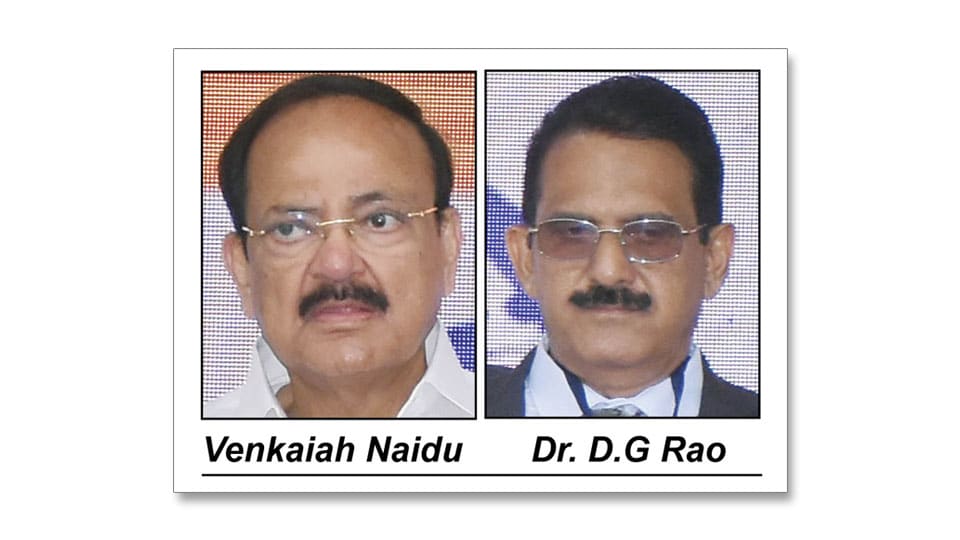 Classical Telugu Centre likely to be shifted from Mysuru

New Delhi: Vice-President M. Venkaiah Naidu, who had urged people of Mysuru to speak in their mother-tongue and respect the language that has come from one’s mother’s womb, has recommended shifting the Centre of Excellence for Studies in Classical Telugu located in the Central Institute of Indian Languages (CIIL), Mysuru, to Andhra Pradesh or one of the Telugu-speaking States.

Interestingly, Muppavarapu Venkaiah Naidu hails from Chavatapalem in Andhra and was first elected as an MLA in 1978. Later he was elected as a Rajya Sabha member from Karnataka and climbed up the ranks to be the Vice-President of India.

True to his words, he has been faithful to his mother- tongue Telugu and this would have made him to make a suggestion to shift the Centre.

The suggestion was made after he inaugurated the five-day Golden Jubilee celebrations of CIIL at its premises in Manasagangothri on Hunsur Road on Saturday last.

Following the suggestion, the Union Human Resource Development Minister has informed the Vice-President that it was willing to act on his recommendation.  The Ministry would shortly communicate to both Andhra Pradesh and Telangana States about its willingness to shift the Centre of Excellence for Studies in Classical Telugu to either of the Telugu States and would take a decision based on the proposals from the two States regarding land and temporary accommodation.

During his visit, the Vice-President visited the Centre of Excellence for Studies in Classical Language at CIIL and appreciated the efforts of the Institute in preserving and promoting classical Telugu.

Naidu enquired about the Centre’s research on the evolution of the Telugu script with the Director of the Institute Dr. D.G Rao, who apprised him about the activities being  undertaken such as research, digitization, and publishing of classical Telugu literature.

CIIL Director reacts:  When Star of Mysore contacted Dr. Rao on Venkaiah Naidu’s suggestion, he said, “The Vice-President did not give any specific suggestion in this regard. He just mentioned if any of the Telugu States provide land and building for the Centre of Excellence for Studies in Classical Telugu, you (CIIL) may shift there.”

The Centre is also coordinating with individuals, institutions in the States/UTs in India and abroad and provides linkages to studies in other classical languages of the world.

Among others, the Centre promotes, propagates and preserves the classical language inside and outside of its speech territories, undertakes and encourages research and documentation in India and abroad, makes documentaries on scholars of eminence who are well- versed in classical texts and explores linkages of classical language with classical music and dance forms.