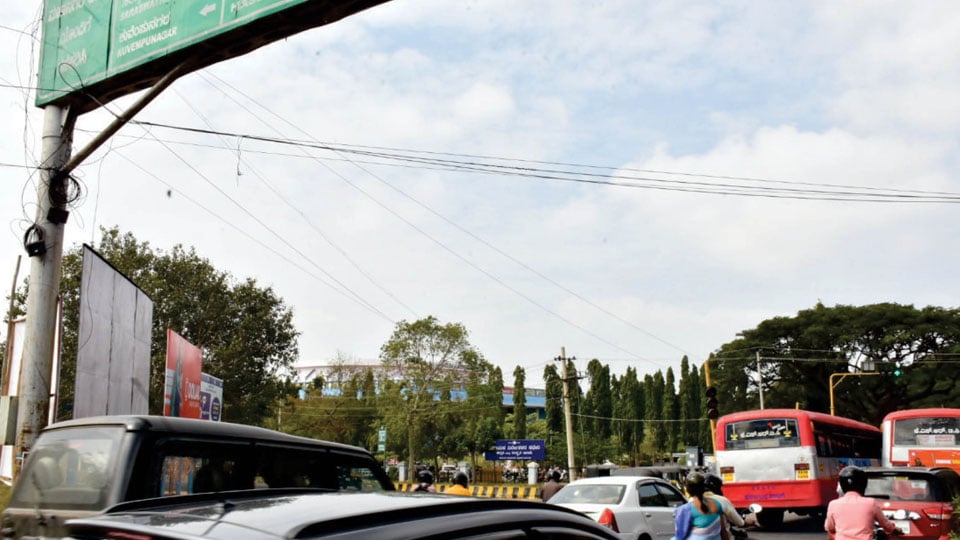 Last week, the KSTDC officials from Bengaluru went on the route inspection across the city and found the optical fibre and dish cables tied to the electric poles near Ramaswamy Circle, Kalamandira and Ayurveda Circle (near K.R. Hospital), an impediment in the movement of ‘Ambaari.’ After going back, the KSTDC officials have written to the CESC officers to register case against those individuals/ companies who have put the cables to the electric poles and get them removed immediately.

In fact, the CESC has already shifted overhead high tension/ low tension electric cable all along the bus route and laid them underground. However, optical fibre and dish TV cables are still found tied to the electric poles at many places.

“We have found those cables unauthorisedly tied to our poles. We demand those concerned to remove it voluntarily failing which cases will be booked and cables will be removed without any further information,” said K.M. Munigopalaraju, Superintending Engineer (SE), CESC, in a press release here.

A KSTDC officer told Star of Mysore that so far, no date has been fixed for the formal launching of ‘Ambaari’ open-roof-top bus in the city to woo tourists. “It was supposed to be launched during last year Dasara festival but it was postponed as the State Government decided to celebrate the ‘Naada Habba’ in a simple manner due to COVID-19 pandemic. The date of opening this service to tourists will be decided in the Head Office, Bengaluru, soon,” he added.

ONE COMMENT ON THIS POST To “Clear cables from electric poles on ‘Ambaari’ bus route or face action, CESC warns”