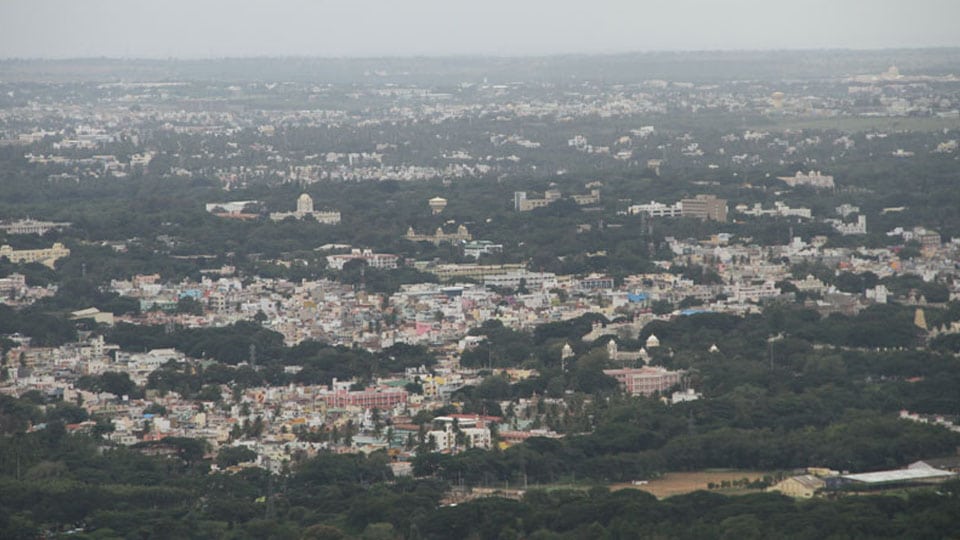 Mysuru/Mysore: Come April, citizens need not stand in long queues braving the scorching sun to pay their property tax. Thanks to its citizen-friendly initiative, the Mysuru City Corporation (MCC), though after much delay, is all set to launch an online portal for enabling the citizens to pay their property tax online by a click of the mouse sitting from home, at their own time and convenience.

The new system will be a reality from April 1, 2020 with the MCC having already started preparations in this regard.

The online system, apart from becoming a boon for tax- payers, will be of much help to the MCC, which is struggling to augment its revenues. With the launching of online portal, the civic body hopes to reach its target of Rs.150 crore property tax collection (2019-20). Till now, the MCC has been successful in collecting only Rs.114 crore, a shortfall of Rs.36 crore.

The civic body is lagging behind in water tax collection too, as only Rs.42 crore out of the Rs.60 crore target has been collected so far.

The online property tax payment system is a long-overdue project as the MCC had proposed this system in 2010 itself. The authorities had developed a software for the purpose but the project was not implemented due to some reason or the other.

According to MCC officials, the online payment will largely reduce paper work and also save time and money. The portal will send timely SMS alerts to citizens’ mobile phones on payment of property taxes.

The MCC had entrusted the State-run KEONICS (Karnataka State Electronics Development Corporation Ltd) for developing the Software for the online portal at a cost of Rs.98 lakh.

With the MCC all set to launch online portal from April 1, the citizens hope that the portal is maintained in a proper manner and there are no technical glitches.

But there is bad news also for property owners as the MCC has proposed to significantly hike property tax rates from the forthcoming financial year (2020-21).The proposed hike is said to considerably augment the revenues of the cash-strapped civic body, which is forced to look at newer avenues for revenue augmentation.

The MCC, which is a 65-member body, has nine Zonal Offices. At present, the civic body is offering a five percent rebate to property owners who pay tax of the financial year in advance. The five percent rebate will be in force from April1 to 30 every year and usually, the tax-payers stand in long queues in their respective Zonal Offices at this time of the year to pay property tax and avail the rebate.

Now with the introduction of online system, the property owners will get a big relief from standing and waiting in queues for their turn. With the online system, the tax collection will go paperless and also helps in maintaining transparency.