Home » Feature Articles » Cloud-Seeding: Remedy or cause for drought? 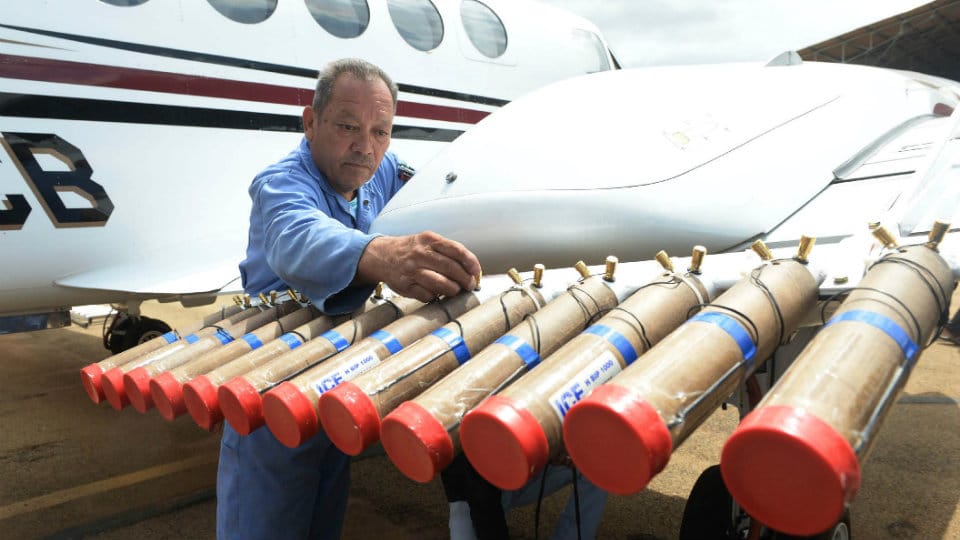 Cloud-Seeding: Remedy or cause for drought?

Owing to deficient rainfall, the State government has launched cloud-seeding at an estimated cost of Rs. 35 crore, for 60 days. Cloud-seeding will be done across three river basins — Cauvery, Malaprabha and Tungabhadra.

The State government has described the cloud-seeding experiment as “essential” and that it would be taken up in places where it was required. However, many meteorologists have warned that

cloud-seeding is a costly experiment with no guarantee of rains. There have been three experiments in Karnataka since the 1970s and the record has been patchy, say experts. The flight for cloud seeding – BQ-100 Beechcraft – is being readied for cloud-seeding project Varshadhari, in Bengaluru yesterday. The flight did a one-hour sortie and sprayed Silver Iodide, Sodium Chloride and Potassium Chloride into clouds to condense water particles to produce rains.

Being a resident of South Kodagu, I am dependent on coffee estate for my livelihood. Having spent my school and college days in Bengaluru, I understand that having a good monsoon in Kodagu is not only useful to Kodagu but also to Mysuru, Mandya and Bengaluru. My village Choorikad near Kutta is adjacent to the Nagarahole National Park. Thus my knowledge is not limited only to coffee estates. I have also ample knowledge about forests, rainfall and other aspects of greenery and any instability or changes in the surrounding nature worries me a lot. I have been measuring the amount of rainfall at my place in Kodagu and recording it daily along with annual rainfall since 1978. The rainfall details (in inches) are presented in the table.

We have not heard or seen this type of situation before. I strongly believe that this must be the adverse effect of cloud-seeding that has been done in the past. Certain observations give enough reasons to my strong belief. Most of the people in this part of Karnataka have the same opinion about cloud-seeding. The Government might have done the cloud-seeding with good intentions. Everybody needs water but the Government does not seem to understand the adverse effects of cloud-seeding. It is very sad if it does not realise even after 3 years of lack of rains. 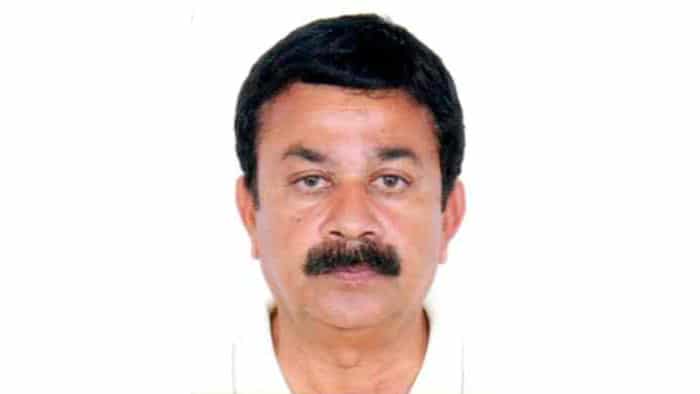 The Government has officially started cloud-seeding on August 22. But I strongly believe that cloud-seeding was launched much ahead, clandestinely though. Here are the reasons for my belief. I am also listing some adverse effects of cloud-seeding.

Cloud-seeding will change climatic patterns that exist on earth. This means that places that would normally receive moisture may start to experience drought due to artificial process of adding chemical compounds to the atmosphere to trigger rainfall. Apart from health of plants and animals, the cost of cloud-seeding is another big concern as it is a costly affair to deliver chemicals to the sky and have them released into the air. If this is the case, why indulge in this type of misadventures? 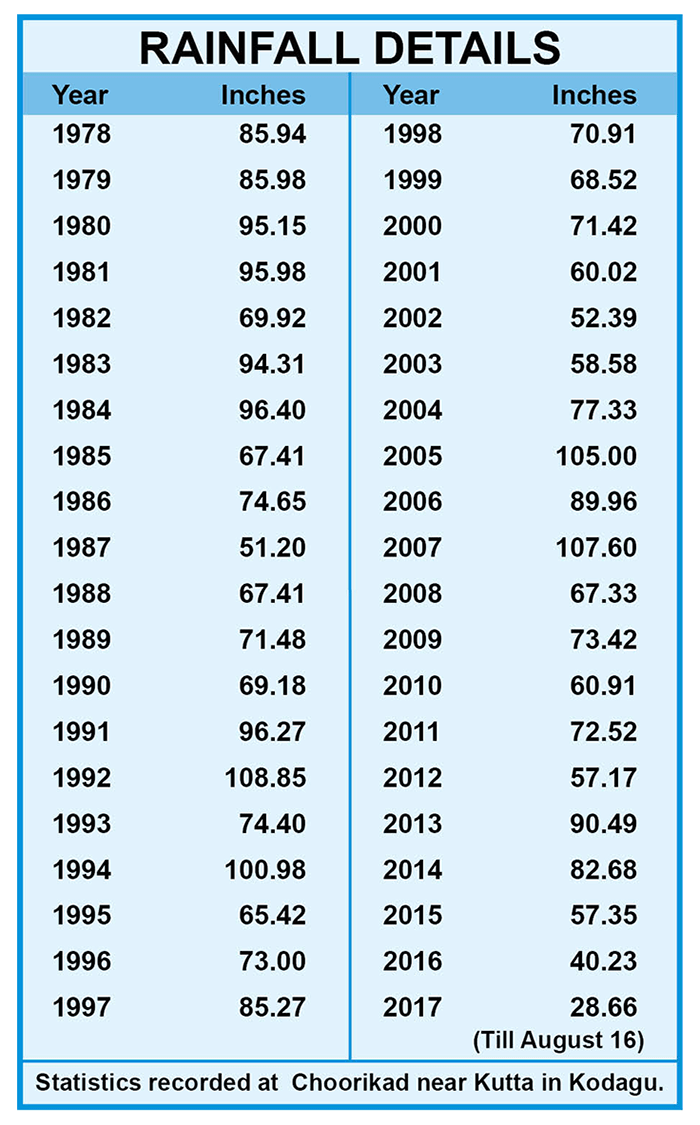 In 2016, Mandya and Mysuru got water for only one paddy crop (in a normal year they grow 3 crops). Bengaluru gets its drinking water.

In 2017, Mysuru and Mandya do not get water to grow even one crop of paddy. Bengaluru hardly gets enough drinking water.

After 2018, not even drinking water to Bengaluru???