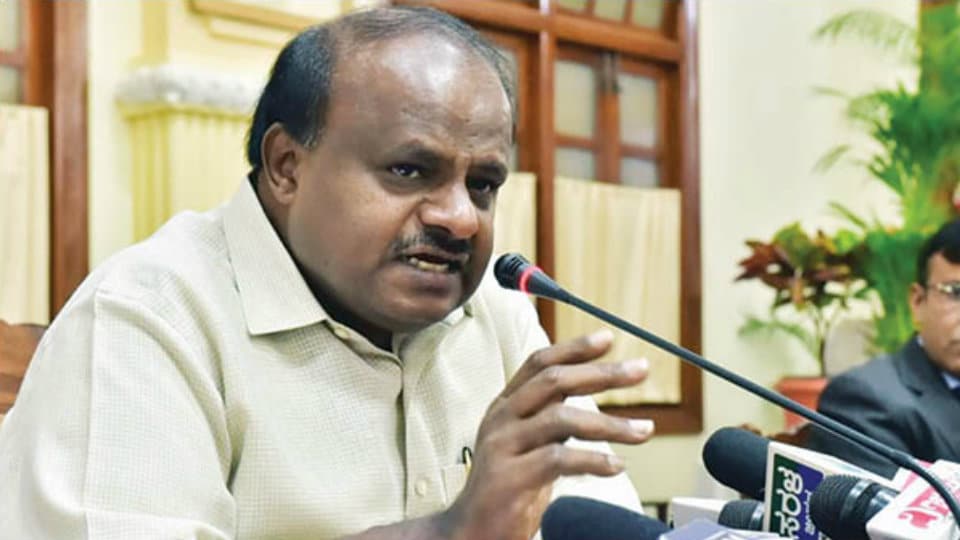 Bengaluru:  Chief Minister H.D. Kumaraswamy on Tuesday warned the owners of sugar factories of strict action if they fail to pay dues to cane growers at rates promised by them during procurement.

Speaking to presspersons after the marathon negotiations with agitating cane growers and representatives of factory owners that lasted nearly six hours, Kumaraswamy said that he would hold another round of talks directly with sugar factory owners on Nov. 22 to chalk out the modalities of clearing dues.

Admitting that the one-and-a-half-hour separate meeting with factory representatives had failed to get a clear commitment on payment of dues, the CM said most sugar mill owners has sent their representatives who are not authorised to take decisions.

I have asked the Cane Commissioner to summon the factory owners for a meeting on Nov. 22.

I have also asked the Cane Commissioner to get details of how much each factory owes the farmers and prepare a detailed report.

As of now, we only have the figure estimated by the farmers, which runs to the tune of Rs. 450 crore, he said.

The CM further said that following complaints that factories are shortchanging farmers through wrong measurement, it was also decided that new weighing and measuring equipments be installed in all sugar factories.

H.D. Kumaraswamy
No question of rescinding on Disneyland plans
Big Boost to Tourism  in Chamarajanagar, Kollegal