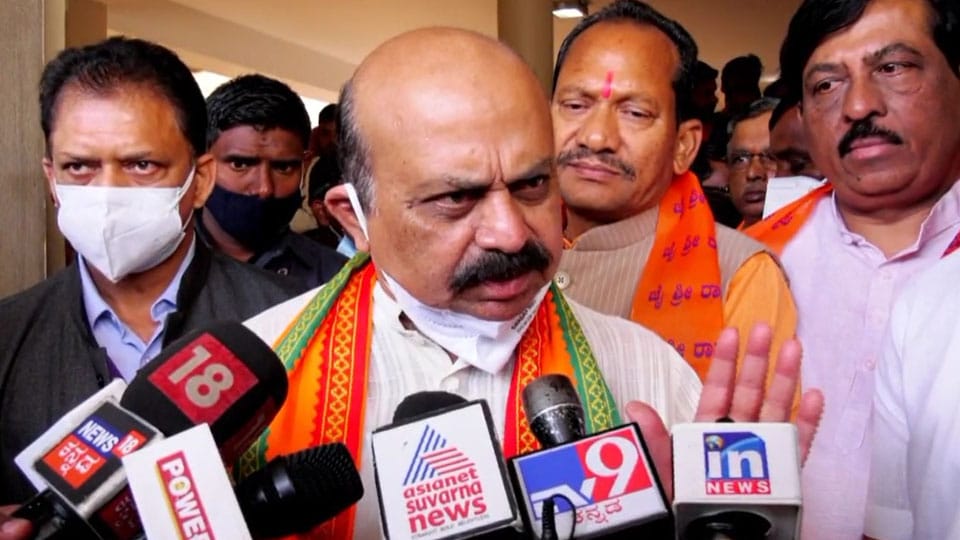 Mysuru/Bengaluru: Aware of the fact that statements made in public by MP Pratap Simha, MLAs L. Nagendra and the cold war between S.A. Ramdas and the MP will ultimately damage the BJP that is trying to strengthen its base in Mysuru region, Chief Minister Basavaraj Bommai has offered to mediate and resolve differences.

Speaking to reporters in Bengaluru yesterday, Bommai said that the elected representatives are exchanging words over a development issue and these differences are bound to happen. “I will soon call both of them and bring in a truce and solve the issues,” he said.

On his part, MLA Nagendra said he has already brought the issue to the notice of the CM and Mysuru District Minister S.T. Somashekar. “I will discuss the issue in the party forum,” he said.

BJP sources said that MP Pratap Simha has complained to party State President Nalin Kumar Kateel. Both the leaders have placed their contention before the party leaders about the gas pipeline project.