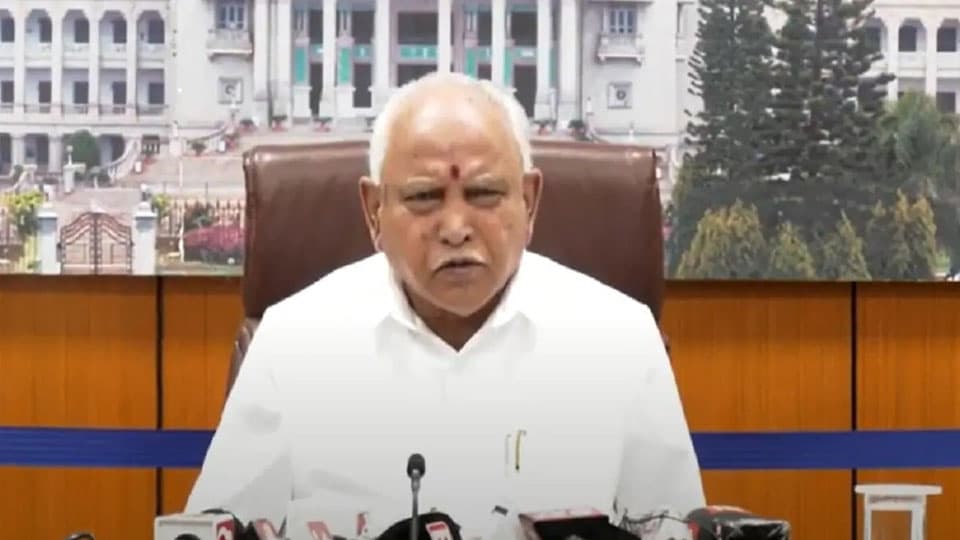 Bengaluru: Even as the bandh was on, Chief Minister B. S. Yediyurappa, who addressed a press meet at his Home Office ‘Krishna’ in Bengaluru this afternoon, strongly defended the farm bills introduced by the Centre and the amendments made by the State Government to Land Reforms and APMC Acts. He said that they were only in the interests of farmers.

Maintaining that Prime Minister Narendra Modi has launched several  novel programmes and initiatives for the welfare of the farming community, the CM  argued that the farm bills were aimed at  doubling farmers’ income as promised by the PM.

Stating that the bills were introduced with an objective of eliminating middlemen menace in trading of agri produce, he alleged that the bandh call was given by vested interests who sought to retain their monopolistic hold on the farming community.