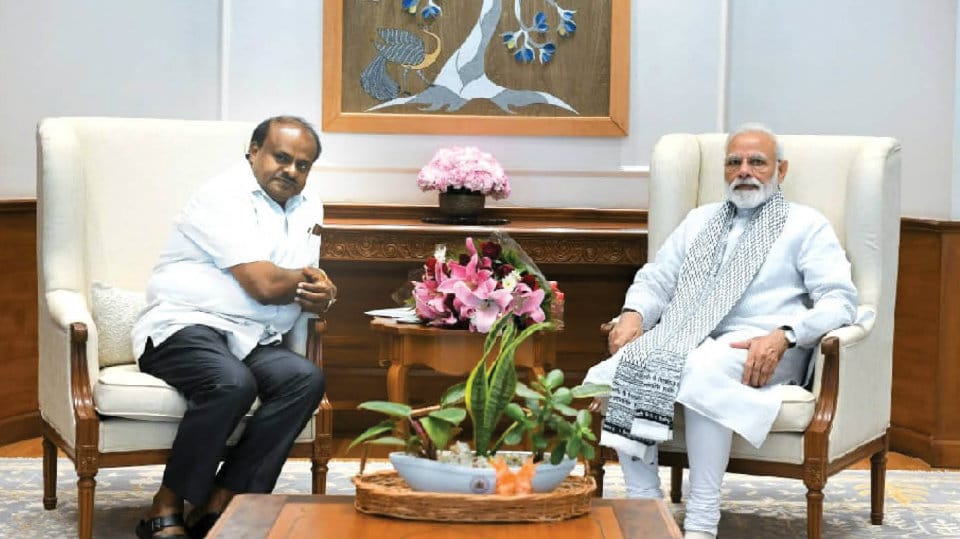 Amidst busy schedule of pre -election meetings of Prime Minister at Noida and other parts of Uttar Pradesh, CM HDK calling on Modi has created a lot of political sensation in the State.

Kumaraswamy informed the Prime Minister that the State reeled under severe drought during kharif season as well, but the financial assistance sanctioned by the Centre was inadequate. The total crop loss during the kharif and rabi seasons together has been estimated at Rs. 32,335 crore, he added.

The State has released Rs. 386 crore from the State Disaster Response Fund (SDRF) and given priority to ensure drinking water and fodder, Kumaraswamy said.

READ ALSO  Disneyland at KRS is my brainchild; will go ahead with project: CM Kumaraswamy