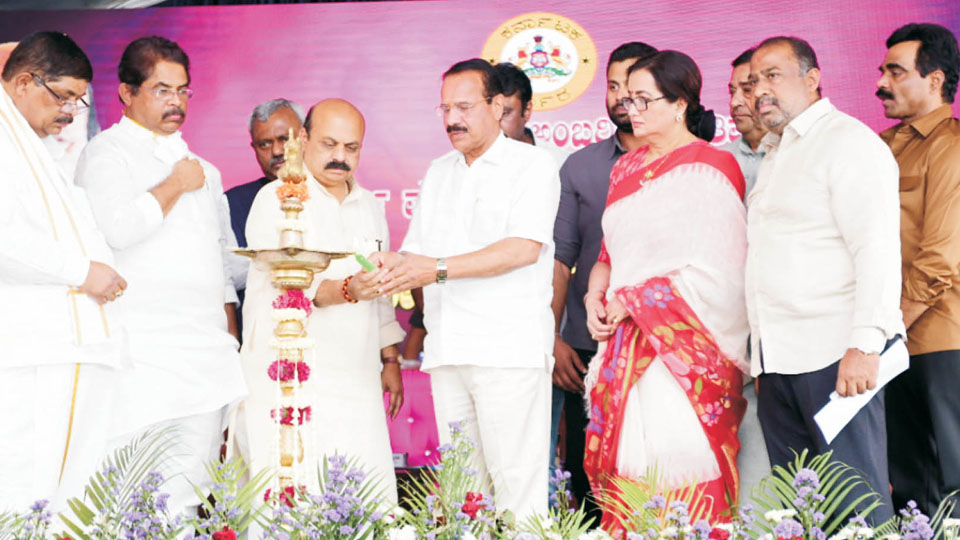 After performing the Bhoomi Puja, Bommai said, “Ours was a 40-year-old friendship. I used to call Ambarish as Ambarish only. We shared close bond with each other and despite being a towering personality, he used to be humble and we both used to eat and hang out together.”

“Ambarish’s life is like an open book. He was a real hero, who led his life on his own terms but with the fear of his conscience. It was a God’s gift. He had innate leadership qualities. Though he started his cinema career as a villain, he emerged as a superhero, as he was a born hero,” Bommai added.

The CM further said, “His presence was electrifying. Ambarish played a big role in making the Kannada film industry’s presence felt in other States. He was fondly called ‘Ajatha Shatru’ and was loved by everyone.”

Stating that Ambarish had a special affection for the poor and farmers, the CM said Ambarish did not stick to power and detested from power in politics.

Expressing his grief at the demise of Kannada film icons Dr. Rajkumar, Dr. Vishnuvardhan, Shankar Nag and Puneeth Rajkumar, Bommai said that a Memorial for Puneeth would be built soon. Date to present ‘Karnataka Ratna’ award to Puneeth posthumously would also be announced, Bommai said.