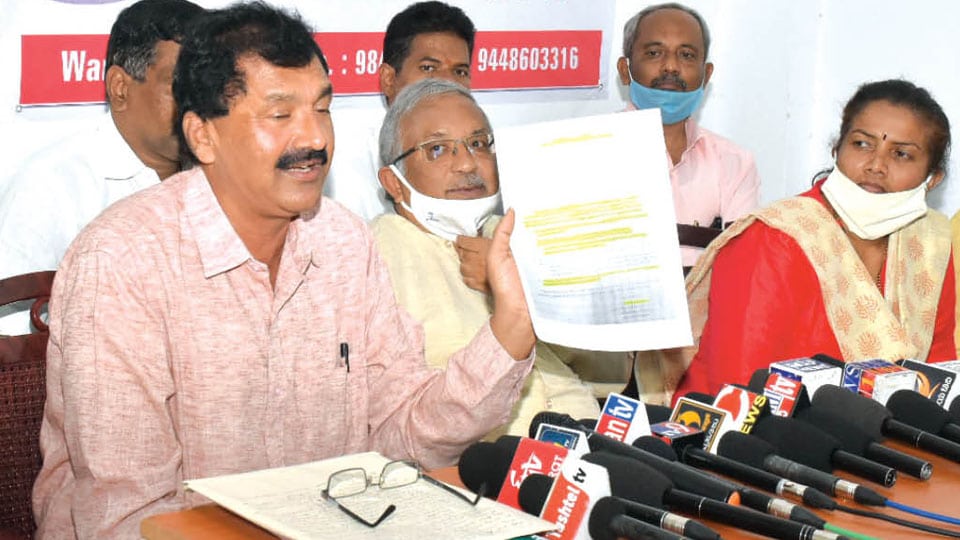 MCC Commissioner or DC must clarify

Lakshman urged Mysuru City Corporation (MCC) Commissioner Shilpa Nag or the DC to clarify whether the statement of K.R. Nagar MLA S.R. Mahesh that 969 persons have died in Mysuru district from May 1 to 30, this year, was right or wrong.

It seems that the District Administration was trying to hide the number of deaths daily. According to Congress sources, around one lakh people have succumbed to this virus during the second wave in all 31 districts in State.

Instead of attacking the DC, MP Simha must pressurise the DC and the MCC Commissioner to come out with the exact number of people who have died of Corona. It appears that they might have received instructions from the Union Government to conceal Corona deaths.

He wanted a probe by a sitting Judge of Supreme Court (SC) to find out the total Corona-related deaths in the country as the Union Government was trying to mislead people by showing less death.

A well-researched article in The New York Times had estimated 7 crore infected and 42 lakh death in the country since March last year. However, the Government has been denying the media reports.

Lakshman claimed that 2,073 ventilators allotted to the State under PM CARES were not functioning on arrival. Under this circumstances, how  was it possible to install them in Government Hospitals, he wondered.