Home » Columns » Congress: Exploding from within ? 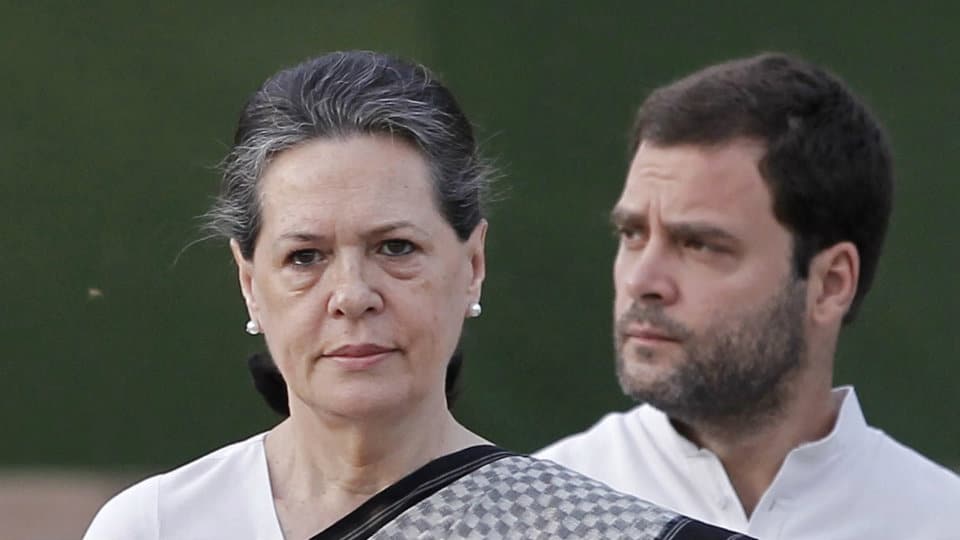 Congress: Exploding from within ?

There was a storm in the Congress teacup last week. It re-established two facts.  One, that there is a section of Congressmen who now see the Gandhi family’s hold on the party as unhealthy.  Two, that they are not strong enough to prevail.  Hangers-on of the family, benefiting from being hangers-on, dominate the party. They still argue that only the Gandhis can hold the party together.  Alas, that is true.  Fatally true.

Considering that background, perhaps what we saw last week was more than a storm in a teacup. By Congress standards, it was equivalent to a typhoon in the Pacific that 23 senior leaders found the courage to write to Sonia Gandhi asking for the election of a functional, effective, fulltime Party President. There are many more who share the sentiments of the 23.

The signatories do not include mass leaders. That is because there are no mass leaders in the Congress today.  But the 23 included leaders of stature whose loyalty to the Congress was never in doubt.  People like Kapil Sibal, Gulam Nabi Azad, Anand Sharma, Ashok Chavan, Shashi Tharoor have served the party well.

Rahul Gandhi showed a mixture of immaturity and arrogance when he suggested that these people were in line with the BJP. Sonia Gandhi was wiser when she said that she would leave the President’s chair and gave fellow leaders six months to elect a new President. If Rahul fails to see the negative implications of his approach, the problems facing the Congress will hold the party back for the foreseeable future.

Given the tradition of family dominance in the party, Congressmen may end up electing, who else, Rahul Gandhi.  If he is properly elected, he will at least have a legitimacy that would seem more authentic than the present qualification, pedigree. Therefore the initiative taken by, shall we say, the Gang of 23 should be welcomed as a positive development.  But the opportunity was cast aside by the so-called “loyalists” in the Working Committee who are now putting together a “counter-attack” plan.

Their approach is erratic as indeed is Rahul’s own handling of the matter. Together they made it abundantly clear that all key decisions would be taken by the family. There was no attempt, even for formality’s sake, to show that democratic procedures would be followed. Nor was there any indication of a time-frame within which things would be sorted out.  Rahul seemed unwilling to take on the Presidentship formally, but he wouldn’t let a dummy be appointed either.  The Gang of 23 was outnumbered, surrounded and disowned at the Working Committee meeting.  Another small win for Rahul, another big loss for the Congress.

Perhaps Capt. G.R. Gopinath (of Air Deccan-fame) put it a bit melodramatically when he said that “a national party was hijacked by an effete dynasty propped up by self-serving, fawning courtiers… now reduced to a vanguard of one family of dwarfs, surrounded by a coterie of midgets.”  The party is caught in what wrestlers call a vise grip.  At a seven-

hour meeting, the Working Committee could only decide to leave matters where they are.  Sonia will remain “interim” President until an AICC meeting is called “at the earliest.”  In short, mixture as before.

So what will happen to the Gang of 23?  Some of them are so senior that it would not be easy to “punish” them.  But wounds would not heal easily.  Even the mild-mannered, never-controversial A.K. Antony used a strong word like “cruel” to describe the action of the 23.

Couldn’t Antony do more?  At a time when the Presidentship of the party has become a matter of internal discussion, won’t he be a wise choice for the post? He is above sectarian labelling and has an all-India profile, having been Defence Minister.

Mallikarjun Kharge is just as credible a name for the party’s captainship.  His status above factionalism, his record in Parliament and his stature in his home State make him a fine candidate for the top post.

Dearth of capable leaders is not the problem worrying the Congress. The problem is whether it has the political wisdom to do what has to be done. If men like Antony and Kharge are not made use of, the price the Congress will have to pay will be high. Except in a one-leader party like the BJP, things happen not with a bang but a whimper. T.S. Eliot’s poem which made that phrase famous was titled The Hollow Men.  In 1925, he could foresee the leaders of 2020.

2 COMMENTS ON THIS POST To “Congress: Exploding from within ?”