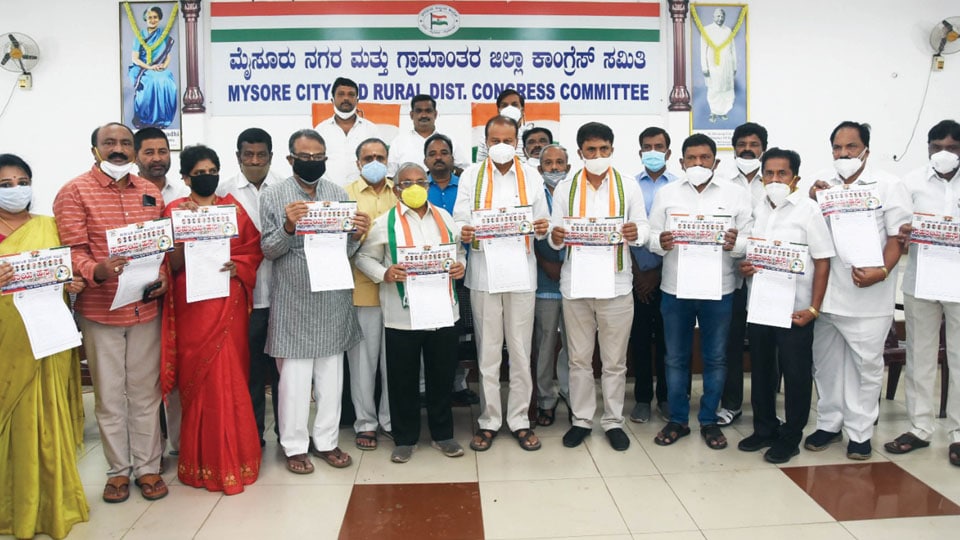 Mysore/Mysuru: With the Congress deciding to launch month-long ‘Sahayahastha’ programme across the State for the benefit of COVID-affected families, KPCC Working President and former MP R. Dhruvanarayan released the features of the proposed initiative at a preparatory meeting held at Congress Bhavan near the City Railway Station here on Sunday.

Speaking on the occasion, Dhruvanarayan said that the initiative would be launched following instructions from AICC President Sonia Gandhi.

Pointing out that the term ‘Sahayahastha’ was jointly coined by KPCC President and Opposition Leader Siddharamaiah, he said that party workers will visit the houses of COVID-affected and instil confidence in them.

Recalling that the Congress had launched ‘Arogya Mitra’ initiative when the pandemic broke out last year, he said that Congress will do everything possible to help COVID-affected families.

Charging CM B.S. Yediyurappa of not visiting Chamarajanagar even after at least  24 COVID deaths were reported on a single day at Chamarajanagar District Hospital in the first week of May, the KPCC Working President urged the Government for more compensation to the families.

Strongly condemning the rising fuel prices, Dhruvanarayan said that the Congress will take out a Cycle Jatha on July 7 at all taluk headquarters of the State in protest against record high prices. Opposition Leader and former CM Siddharamaiah has been appealed to launch the Jatha, he added.