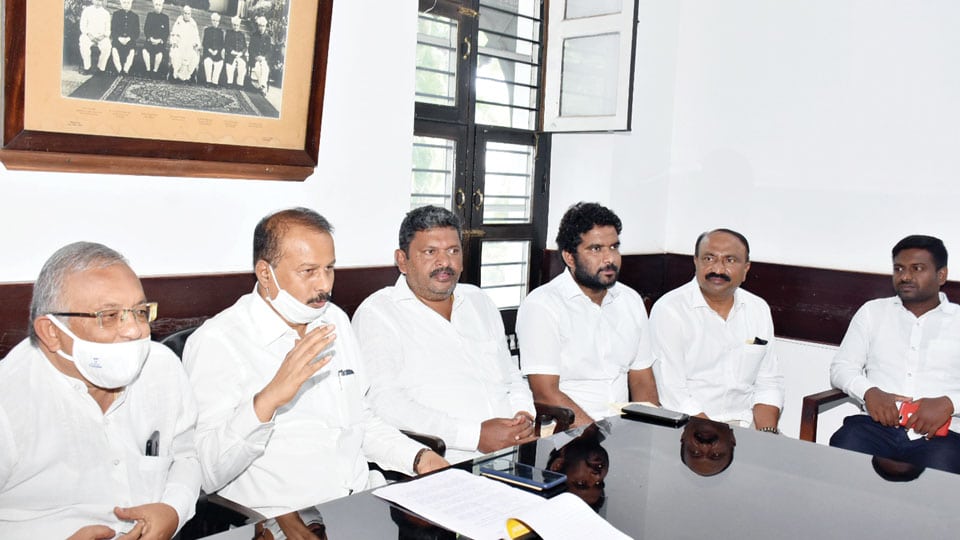 Mysore/Mysuru: “The amendment to the Land Reforms Act will bring down the production of food grains drastically,” said former MP R. Dhruvanarayan.

Addressing a press meet at Jaladarshini Guest House on Hunsur Road here yesterday, he said that the amendments to the Karnataka Land Reforms Act, 1961, would break the backbone of the country, the farmers, as anyone would be eligible to buy agricultural land and utilise the land for various purposes other than agriculture.

Stating that Section 79A of the Act states that annual income of the buyer of agricultural land should not exceed Rs. 25 lakh and Section B states that only a farmer could buy the agricultural land for agriculture purpose, the former MP said that the Act was implemented on Mar. 1, 1974 to prevent scarcity of food.

Pointing out that there is no scarcity of food now as the previous Governments had given to agriculture, he said that    there were 70% small farmers in the country and because of their efforts there was a record production of 291 million tonnes of food grains in 2019-20, which the country could sustain for  two years.

“If the amended Act is implemented, anyone could buy agricultural land and utilise it for various activities including construction of factories. This would reduce food production,” he said.

Continuing, R. Dhruvanarayan, who also condemned the hike in fuel prices, said that the fuel prices had increased by Rs. 4 per litre recently, which would inconvenience farmers, middle class and the poor.

Stating that the Centre was purchasing petrol at Rs. 18.25 per litre and Rs. 18.75 for diesel, the former MP said that the Indians were paying the highest taxes for fuel than any others in the world.