Home » Elections 2018 » Constitution will be tested if BJP comes to power in State: Jignesh Mevani 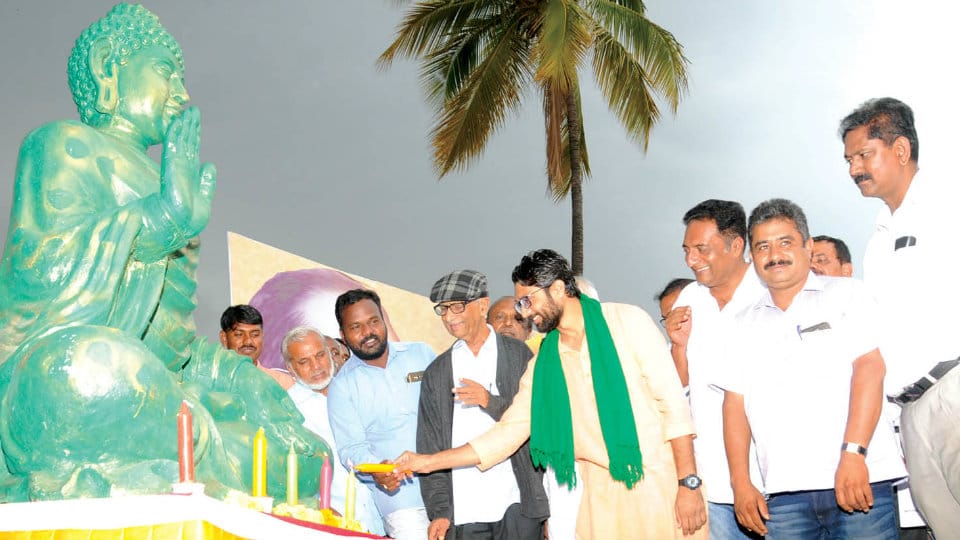 Constitution will be tested if BJP comes to power in State: Jignesh Mevani

Mysuru:  The BJP has captured power in 21 States in the country on its own merit. If it comes to power in Karnataka too, then it will have an effect on our ideals, thinking and the idea of Constitution, said Gujarat’s Vadgam constituency MLA Jignesh Mevani.

He was addressing at the valedictory of ‘Save Constitution’ organised at the Kunchitigara Sangha premises on Dewan’s Road here yesterday and said that since the last 78 days people have been educated about the Constitution framed by Dr. B.R. Ambedkar in 28 districts in the State.  It is but inevitable to defeat BJP in 2018 elections in the State. Otherwise the idea of Union Ministers Anant Kumar Hegde and RSS Leaders to change the Constitution will be a cause for concern for all of us, he said.

Prime Minister Narendra Modi and BJP National President Amit Shah, who speak about the welfare of Dalits, have not announced a single plan for their upliftment. What action has Modi taken against the likes of Vijay Mallya, Nirav Modi and others who have swindled banks to the tune of crores of   rupees and escaped from the country, he asked.

Pointer to 2019 General Election: The May 12 Assembly elections in Karnataka is a pointer to the General Elections next year and hence, it has become one of the most crucial elections in the country. Now, the time has come for the voters in the State to fight the anti-Constitution and communal forces. People who believe in secular ideology must see that the votes are not divided, he said.

READ ALSO  Pride goes before the Fall: Musings on Congress defeat in Karnataka

Only Congress is supporting: Multi-lingual actor Prakash Rai said that the ‘Save Constitution’ campaign carried out throughout the State in the last 78 days has been supported   only by the Congress part and neither the BJP nor JD(S) has supported our cause. Hence, the voters should see that a hung Assembly is not formed. He also expressed the confidence that BJP will not come to power.