Home » News » Convention of vehicle drivers from unorganised sector in city on Sept.4 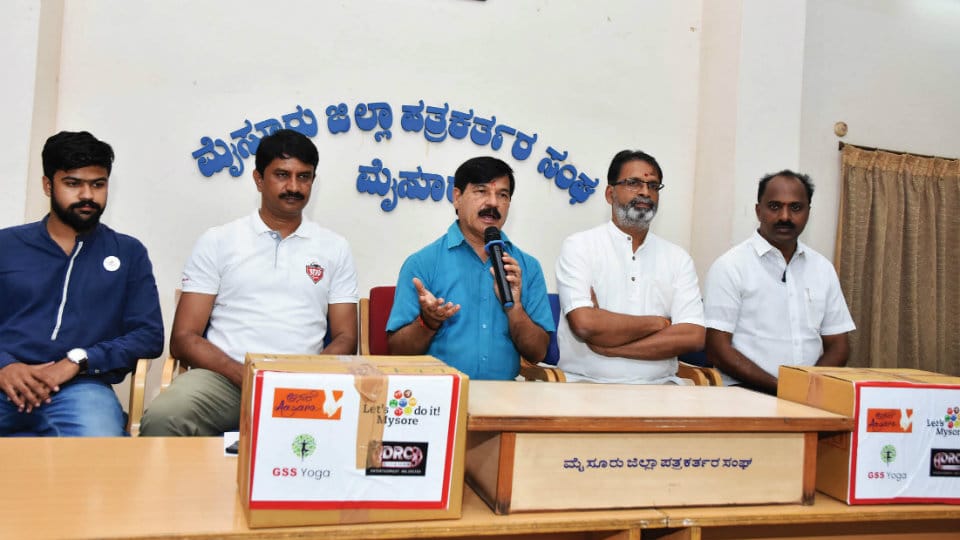 Convention of vehicle drivers from unorganised sector in city on Sept.4

Mysuru, Sept.1 (MTY&DM)- A convention of vehicle drivers from the unorganised sector will be held at Vidyashankar Kalyana Mantapa near Gun House Circle on Sept. 4, said Krishnaraja MLA S.A. Ramdas.

Addressing a press meet at Patrakarthara Bhavan here on Saturday, he said that drivers of cabs, taxis, autos, road rollers, JCB, cranes and other earth moving machineries can register with the RTO authorities for getting licences from the RTO.

Deputy CM and Transport Minister Laxman Savadi and District Minister V. Somanna will distribute driving licences to drivers registered at the Sept. 4 convention, at a mammoth programme to take place in the city on Sept.17 marking Prime Minister Narendra Modi’s birthday, he said.

Referring to his involvement in Bharat Informal Workers Initiative (BHIWI) when he was not an MLA, Ramdas said his relentless struggle for the cause of unorganised workers are bearing fruit now with the Union Government amending the clause that specified a minimum qualification of a pass in eighth standard for issuance of license to vehicle drivers (auto, cabs, goods and passenger vehicles etc). Now that the amendment has been passed in both the Lok Sabha and Rajya Sabha, the new Law without minimum educational qualification will come into effect from Sept.1.

Replying to a query, Ramdas said “We will have to make way for those responsible for the formation of BJP Government in the State.” Stating that those behind the collapse of the JD(S)-Congress Coalition Government should be given priority, he maintained that he was not disappointed on missing a Cabinet berth. He was making an apparent reference to disqualified Legislators of the Congress and JD(S) when he said ‘those responsible’.

GSS Foundation President Srihari, who also addressed the press meet, said that the Foundation in association with other organisations, has distributed 3,500 kits containing essential items to flood affected families across the State, including those in Mysuru district. He  said that 425 more such kits will be distributed to displaced families at Athani in Belagavi district shortly.