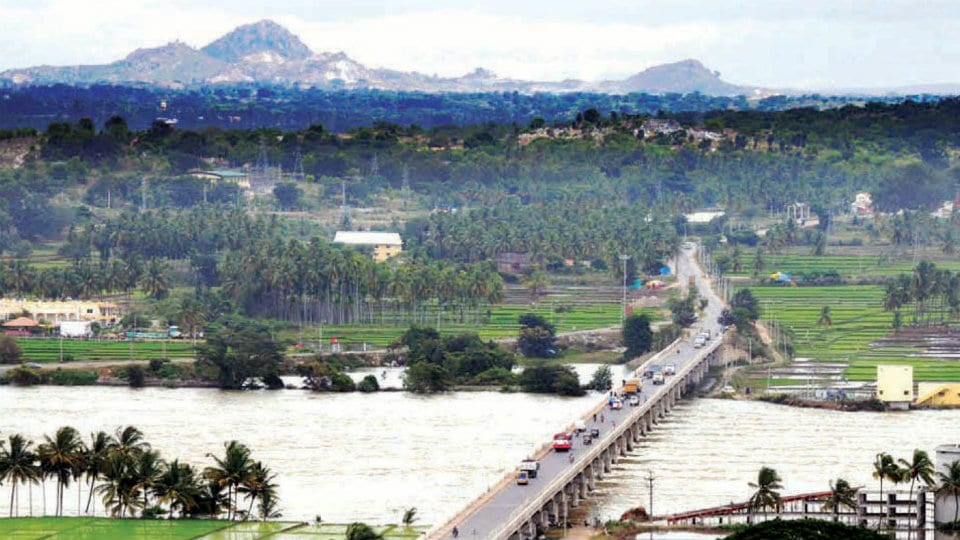 Mandya, Sept.1 (Nagaiah& BCT)- The State Government yesterday issued an order banning granite mining in 20 km radius of Krishna Raja Sagar (KRS) Dam in Mandya District for an indefinite period. KRS is one of the main reservoirs in the Cauvery basin and there were reports that some local political leaders were involved in granite mining in the area causing damage to the Reservoir.

The order to ban mining for an indefinite period was issued by Mandya Deputy Commissioner Dr. M.V. Venkatesh. The issue was raised by Mandya MP Sumalatha Ambarish in the Parliament recently and several farmers’ organisations had met Chief Minister B.S. Yediyurappa urging him to ban mining activity as it is threatening the very existence of the Dam.

The farmers apprised the CM that Karnataka State Natural Disasters Monitoring Committee (KSNDMC) had recommended Mandya District Administration to check damages and fractures in the Dam structures in the wake of high-intensity blasts in the mining areas around the Dam.

Apart from imposing a blanket ban on granite mining, the DC has also clamped Section 144 in 20 kilometres radius of the Dam. Even the Institution of Engineers, Mysuru Centre, had submitted a report warning authorities of ‘service failure affecting the capacity of the Dam’ if quarrying continued around the Reservoir.

The Government was anxious about illegal mining activities in the vicinity of Baby Betta (which is less than 11km from the KRS Dam) particularly at a stage when KRS Dam is full to the brim and the slightest threat to its stability could result in a disaster. The government wants to ensure the safety of the Dam that is the lifeline of the region, Bengaluru and Tamil Nadu.

Speaking to Star of Mysore, Mandya DC Venkatesh said that the Chamundeshwari Electricity Corporation has been asked to stop power supply to the mining areas and a Task Force has  been set up.

The report submitted by KSNDMC indicates imminent threat to the KRS Dam due to high-intensity quarry blasts and the resultant ground vibrations.

Following the examination of the report and after ascertaining facts, blasting activities around 20 kilometres radius of the Dam was banned in the interest of public safety and to curb illegality, the DC informed.

The report of The Institution of Engineers has warned that any damage, howsoever minimal, to the structure of KRS Dam, or disturbance of the geological structure on which KRS Dam is founded, may cause service failure (structural fissures/ cracks, or leakage below the foundation) and adversely affect its capacity to store water, or even its structural stability.

There are 36-40 quarries which are operational within a radius of 20 km from the KRS Dam which compromised its safety. Quarrying activity using controlled explosives will not create much damage and air pollution in the region.

But uncontrolled explosives create lots of ground vibration, air pollution and further may also induce cracks in houses made of local stone and other material, experts had opined.