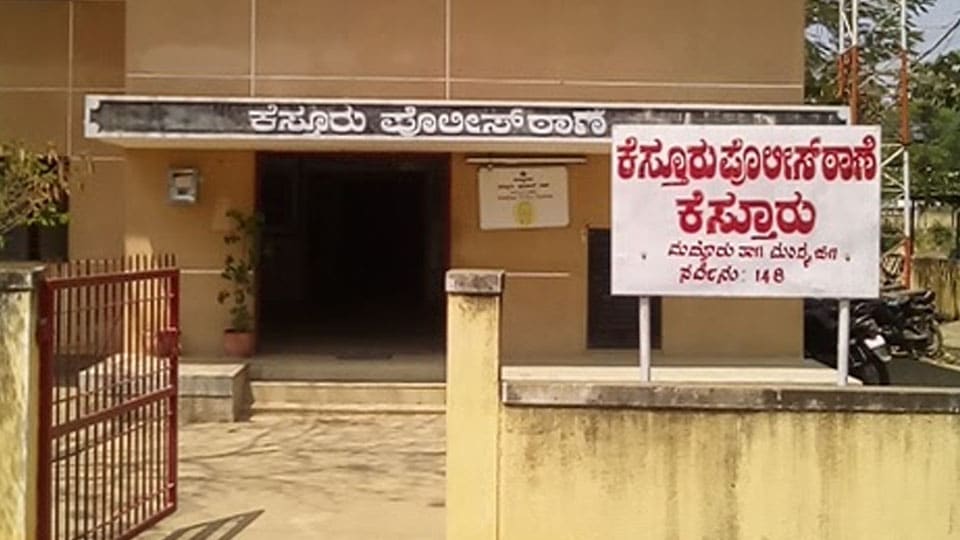 Mandya: A Police Head Constable attached to Kesthur Police Station suffered serious head injuries after being struck with an axe while trying to prevent a fight between a couple at Arekalludoddi village in Maddur taluk on Friday.

While the seriously injured cop is C.P. Shivaraju, the man who struck him on the head with an axe is identified as Venkataramu of the village.

Details: Venkataramu and Asha couple had fought over family issues and following a complaint, Head Constable Shivaraju went to the spot to prevent the couple from fighting.

Meanwhile, Venkataramu, who was drunk, picked up an axe and struck on the head of Shivaraju. Seeing Shivaraju bleed severely due to the injury, the villagers admitted him to Maddur General Hospital where he received 14 stitches on his head. The Head Constable is said to be out of danger.

Superintendent of Police (SP) Parashuram, Dy.SP Pruthvi, Circle Inspector Prasad, Sub-Inspector Anand and others visited the spot. Kesthur Police, who have taken Venkataramu and Asha couple into their custody, are investigating.