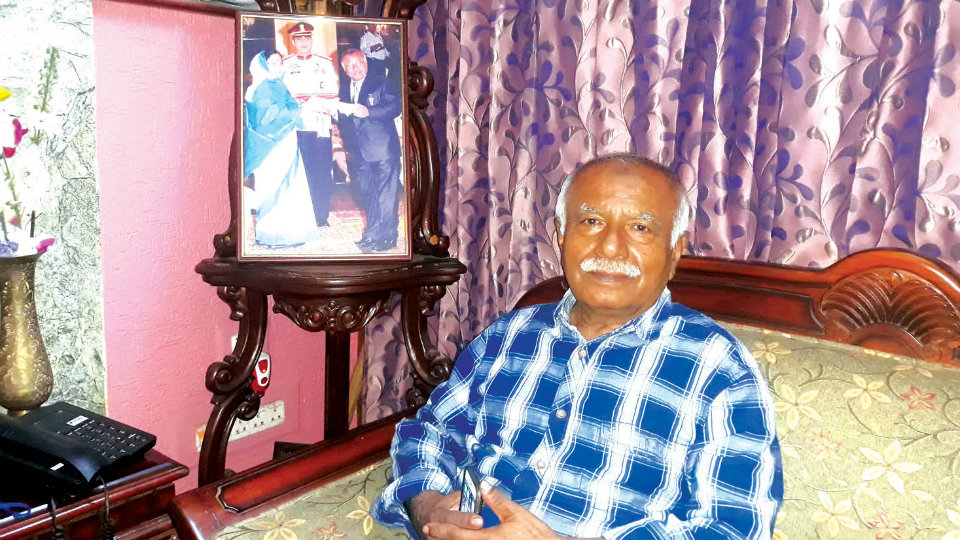 Mysuru: The country has a great responsibility of not only treating the people of Jammu and Kashmir (J&K) as equal to other citizens but also to emotionally accept them as Indians, said former Kashmir University Vice Chancellor Prof. J.A.K. Tareen.

He was reacting to the repeal of Article 370 which gave special status to Jammu and Kashmir and told Star of Mysore that it is not enough if special status is removed but the people of Kashmir should be treated on par with other people in the country.

Due to the increased terrorist activities in the State, the investors were hesitating to invest in Jammu and Kashmir and besides no one could buy properties there.

Now that the Article 370 has been removed, these problems could be addressed. Even tourism might get a fillip once again. However, all these things are not possible immediately, he felt.

There are lot of problems which the people of Jammu and Kashmir are facing. There is lot of difference between the students there and the rest of the country. As they face security searches every day, they are living in constant fear.

Even though J&K had been granted special status what needs to be understood is how much it really helped to develop the State, he said.

Alienation should end: From the time the country got independence, J&K has been given a special status and viewed differently by alienating them. Likewise, it is very true that people of Kashmir also feel that they are not one with the country. After revoking Article 370, the Kashmiris must be made to feel that they are not different but Indians like us. The Central Government must gain the confidence of people of J&K and discharge its duties to them accordingly, said Prof. Tareen.

Kashmiris like to be Indians: 99 per cent of the people living in Jammu and Kashmir like to tell that they are Indians. Just a few due to lure of money and pelf have indulged in anti-national activities and because of this even others are branded as corrupt, which is wrong.

Even today we treat people coming from Kashmir as inferior. We hesitate to give Kashmiris jobs and houses on rent. We have to understand that they are like us in every which way and assimilate them into the mainstream, he said.

Hence, there must be a rule to see that every day National Anthem is made to be compulsorily sung in schools and colleges.

When I was the Vice Chancellor of Kashmir University I had seen to it that the National Anthem was sung during the convocation and besides I had invited the then PM Atal Bihari Vajpayee to the convocation.

Military activities in the region disappointing: Due to security reasons, there is security check every day on the students who go to schools and colleges.  Also the Army has the powers to enter anyone’s house and search which has spoiled the peace of people in the region.

“Once the car in which I was travelling and I were checked by the Army personnel. If there is checking once in a way then it is alright but if it is happening every day then it leads   to unrest and with the presence of the Army in front of houses it leads to more confusion. This kind of situation must change,” he said.

Due to this historic decision of the Central Government, peace might again come to J&K and there could be order in the region. To see Jammu and Kashmir as all other States in the country is very welcome because this helps in the unity of the country, said Prof. Tareen.