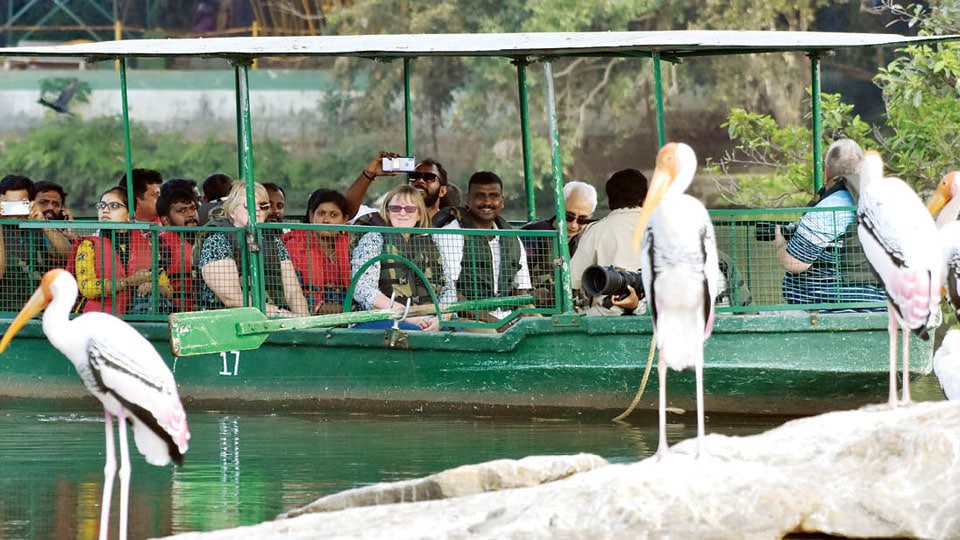 Mysore/Mysuru: A high alert has been sounded at Mysuru Zoo, Ranganathittu Bird Sanctuary and tourist places in city following novel coronavirus (COVID-19) and bird flu (Avian Influenza) scare. While the Zoo, Ranganathittu Bird Sanctuary and lakes around the city that are frequented by migratory birds are monitored and sanitised, Tourism Department, in coordination with Health Department, is seeking information on foreign visitors to city.

An outbreak of bird flu has been reported from two poultry farms in Kerala’s Kozhikode district, prompting authorities to order culling of ducks and hens within one kilometre radius of the affected areas. The total number of birds to be culled would be between 10,000 and 15,000, they added.

Bird flu occurs naturally in wild waterfowl and can spread to domestic poultry, such as chickens, turkeys, ducks and geese. The disease is transmitted via contact with an infected bird’s faeces, or secretions from its nose, mouth or eyes.

Since Mysuru shares borders with Kerala at H.D. Kote and Gundlupet, health authorities and the Department of Animal Husbandry have stepped up alert and surveillance in Mysuru and Chamarajanagar districts.

Routine sample collection from poultry farms has been intensified with teams of officials and staff doing daily rounds. Batches of samples are being sent to Institute of Animal Health and Veterinary Biologicals (IAHVB), Bengaluru, and so far, none of the samples have returned positive, said health officials.

Check-posts at borders have been directed not to allow the movement of animals, especially poultry and eggs, Animal Husbandry Department Assistant Director Dr. S.C. Suresh told Star of Mysore.

Lakes around Mysuru like Kukkarahalli Lake, Lingambudhi Lake, Karanji Lake and Hadinaru Lake near Nanjangud where migratory birds roost are being monitored regularly by the Mysuru Wildlife Division. Patrolling has been intensified and birds in a dazed state or leaky beaks are being identified. “So far we have not come across any such birds,” said Range Forest Officer (RFO) K. Surendra.

Mysuru Deputy Conservator of Forests (DCF) Dr. K.C. Prashanth Kumar said that the recent death of cranes in Vidyaranyapuram cannot be attributed to bird flu. “We have increased beats around lakes and we have sent the samples of dead cranes to IAHVB but so far, there is no confirmation of Avian Influenza,” he clarified.

At the Mysuru Zoo that was closed for a month in January 2017, authorities are monitoring the birds with the Zoo workers spraying viral disinfectants near the bird enclosures every alternate days to make sure the winged beauties are safe.

“Bird flu mainly spreads through migratory birds. The chances of birds being infected with Avian Influenza is less in the Zoo as there are no migratory birds,” said Zoo Executive Director Ajit M. Kulkarni.

A pond inside the Zoo that used to be frequented by migratory birds has been closed with grills in 2017 itself to prevent migratory birds from flocking into the pond, he added.

At Ranganathittu Bird Sanctuary in Srirangapatna, a haven for migratory birds and a tourist spot, authorities say that risk of Avian Influenza is less now since the migratory season is already over as the summer is fast approaching.

RFO Puttamadegowda, who is in-charge of the Bird Sanctuary, said that the peak migratory season ended in December itself. “The risk is lesser now when compared to the situation in 2017 when there was a real scare. However, we are taking precautionary measures and our patrolling teams are looking out for birds in a droopy state or the birds that are looking sick,” he said.