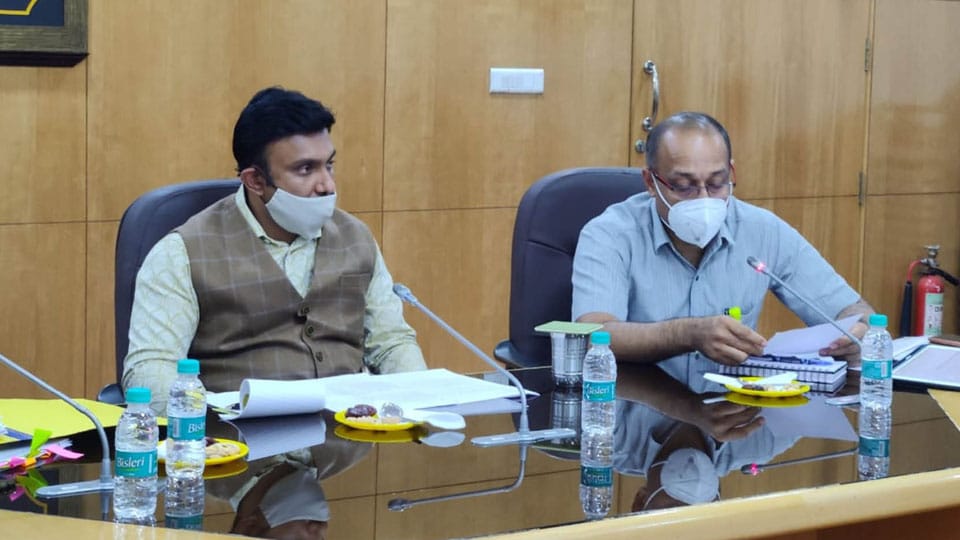 Bengaluru: The State Government has decided not to grant leave the next 50 days for Health Department staff in the wake of possible COVID-19 second wave in Karnataka, said Health and Medical Education Minister Dr. K. Sudhakar.

Talking to reporters after chairing a meeting with senior officials and heads of key Government Hospitals here yesterday, he said the Government was well-prepared to prevent and mitigate the possible second wave and doctors, healthcare workers and officials will work in mission mode for the next one-and-a-half months. “I will not take break for the next 50 days and I expect my Department staff to follow me to fight against the pandemic,” he said.

He said the Corona positive cases were high in some districts indicating lashing of second wave. Around 55 lakh people (who are above 60 years of age and above 45 years with comorbidities) must take vaccination on priority to guard themselves from the contagion. Some people were showing negligence to get vaccinated despite offering it free of cost in various Government facilities. “There was no vaccine when the pandemic hit us. Now, it is available but people are not ready to take it by questioning its safety and efficacy. By taking the jab now we can prevent problems in the future. Death rate decreases if positive cases decline. Citizens must understand this. There will be no side-effects by taking vaccine. Don’t heed to rumours,” he appealed.

Emphasising on vaccine coverage, Dr. Sudhakar said a few days ago, nearly 2.5 lakh vaccinations were done in a single day. So it is possible to ramp up coverage. Now, the target has been set to vaccinate 3 lakh people per day. If we vaccinate senior citizens and people above 45 years with comorbidities they can mitigate the second wave.

As many as 200 ambulances have been deployed in Bengaluru to ensure that there was no shortage of ambulances during emergency. War room will start operating as it was during last year and Government will monitor the situation using real-time data. Decision has been made to recruit resident doctors and paramedical staff on temporary basis, he added.

He said the Government will hold first round of discussion with private hospitals this week to reserve beds for treatment of Covid-19 patients.