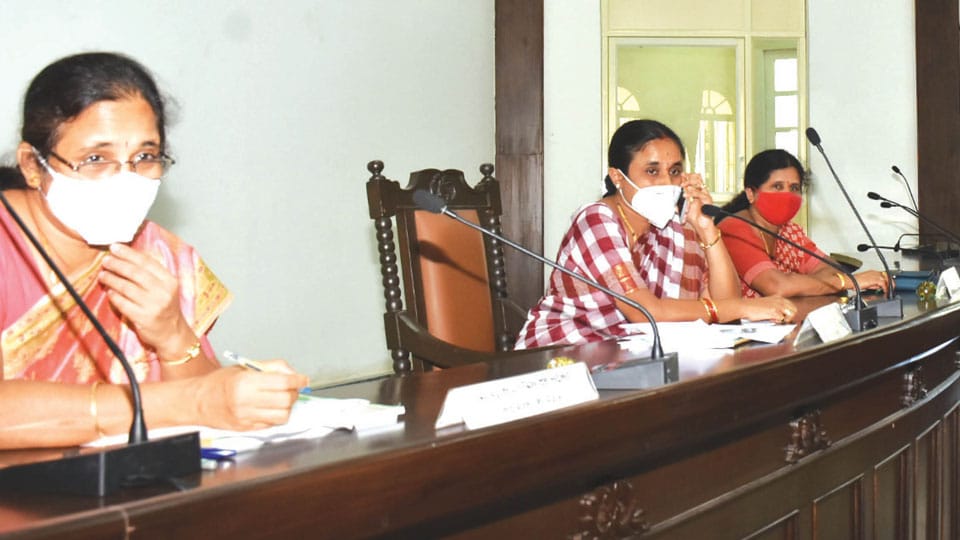 Beerihundi Basavanna, Pushpa Amarnath, Chandrika Suresh and other members said, Private Hospital managements say no beds or ventilators if general public approach them. However, everything was available for the rich and influential people. In the name of treatment, they were collecting Rs. 60,000 and only giving tablets for fever. Artificial scarcity of beds and ventilators are being created by hospitals to cheat the general public, the ZP members alleged.

They said soon after admission of Corona positive patients, they were shifted to ICU and charged lakhs of rupees under the garb of giving oxygen for breathlessness. The poor and downtrodden have to sell land and ornaments to clear the hospital bills.

On the one hand, the State Government has ramped up testing and on the other the officials were asking Corona positive patients to get admitted to Private Hospitals due to non-availability of beds at Covid Care Centres. Need of the hour was to book criminal cases against those Hospitals which were ‘cheating’ people in the name of Covid treatment, the said.

District Health Officer (DHO) Dr. R. Venkatesh said there were only three ventilators in each of Government Hospitals in every taluk. So, patients with breathing problems were referred to Mysuru for immediate treatment.

Agitated over this, Pushpa Amarnath slammed Health Department for having just three ventilators and alleged that officials were taking money from Private Hospitals to create scarcity in healthcare facility.

ZP CEO D. Bharathi said arrangements were being made to have 50 oxygenated beds in every Taluk Hospital for treatment of Corona patients in rural areas.