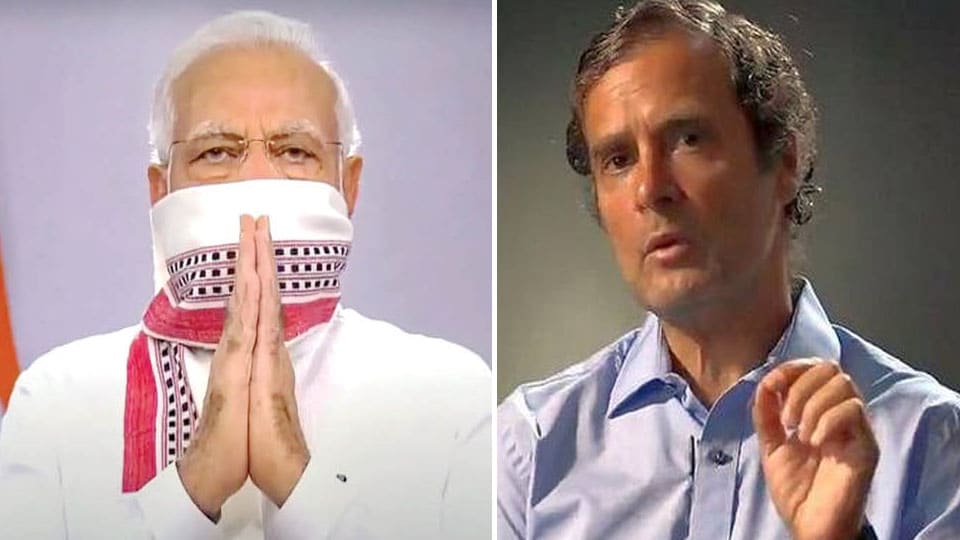 Covid, another tool of Power

The Congress’ curse — and India’s — is that no one dares look outside of the Gandhis.  This is when it is obvious that dramatic changes will occur if Sonia retires and Rahul joins a team of leaders comprising Mallikarjun Kharge, Kapil Sibal and P. Chidambaram on the one side and Milind Deora, Jitin Prasada and Deepender Hooda on the other, all working as a team of equals.  The days of Gandhi monopoly are over. There is only one authority in India today and that is in Delhi.

Admittedly the Covid pandemic is dangerous in multiple ways.  But that is not the real issue.  The real issue is whether Covid can be used for political purposes.  The honest answer is Yes. Any development can be used by shrewd political leaders to promote their interests.  The idea of using a worldwide disease for personal purposes may look like human values reaching new lows. But there is no running away from reality.

India has seen many Prime Ministers using their prerogatives to neutralise those who pose a threat to them. Jawaharlal Nehru himself dismissed Kerala’s elected Government in 1959 for trumped-up reasons. It is immaterial that the real force behind that coup was Indira Gandhi and that the unseen forces behind her was the American lobby.

What Indira did in 1959 was repeated by her son in 1982.  There was haughtiness in the way Rajiv Gandhi dismissed Andhra Chief Minister T. Anjaiah. With the arrogance of dynastic power, he publicly called Anjaiah a buffoon. That the Congress lost Andhra for good after that never                      bothered him.

No Prime Minister has had a God-given opportunity like Covid to consolidate his power and put himself beyond challenge. The Gods — including the Gods of Covid — are on the side of the present Prime Minister.  And he is putting it to good use with an expertise that is unrivalled.  Look at what might seem like an innocuous issue, the CBSE syllabus.  Many subjects have been dropped from this year’s syllabus to “reduce examination stress on students.”  What a considerate government, you might think. But take a closer look at the subjects that have been removed from the syllabus: Citizenship, Nationalism, Secularism, Federalism, Five-Year Plans. Got it?

Under such a syllabus, young new-gen Indians can grow up without realising that a modern, secular, justiciable democracy had evolved in India’s Constitutional governance. Evidently the erasure of that part of history is what the power-wielders of the day want.  Who will lose, who will gain from such                                   contrived education?

After Jawaharlal Nehru, the only Prime Minster who looked at policy-making from a historical and national perspective was P.V. Narasimha Rao.  And the Congress party went out of its way to make Narasimha Rao a non-person.  The interior decay of the party that surfaced then was never set right.  In fact it got worse under Sonia Gandhi because, despite her best efforts, she could not acquire the legitimacy of Indira Gandhi.  Sonia speaking for the Congress with the President’s cap on somehow doesn’t click.  In fact it can be said that it diminishes the public appeal of the Congress.  Add to this the new phenomenon of Rahul Gandhi trying to change his persona.  Is some kind of personality shift taking place within him?  All of a sudden he is appearing with new hair styles and wearing collared shirts that make him look like a senior clerk in an export-import company in Connaught Place.

The Congress’ curse — and India’s — is that no one dares look outside of the Gandhis.  This is when it is obvious that dramatic changes will occur if Sonia retires and Rahul joins a team of leaders comprising Mallikarjun Kharge, Kapil Sibal and P. Chidambaram on the one side and Milind Deora, Jitin Prasada and Deepender Hooda on the other, all working as a team of equals.  The days of Gandhi monopoly are over.

India has marched ahead of many other countries because of its multiculturalism and liberal democracy.  Forces have lately developed in opposition to both these strong points.  If they succeed, it will be at the cost of the strength India derives from the multiplicity of its civilisational components.

Chole-bhature and lassi are as integral to India’s continuance as a confluence of traditions as are Kozhukattai and Mylaopre’s Kathrikkai fry.  Imagine a day when all these are taken off the menu and only dhokla and puri-chunda are permitted to be eaten.  Life will lose its flavours.  It is natural for rulers, in democracies as well as autocracies, to go for absolute power which corrupts many things absolutely.  It is the exercise of absolute power, that made Delhi recently ban all liquor sales, knowing that liquor sale is a State subject.

The lesson being taught is obvious: There is only one authority in India today and that is in Delhi.  What Indira and Rajiv tried to do amateurishly is being done professionally, determinedly and comprehensively.  Take it lying down because you have no choice.