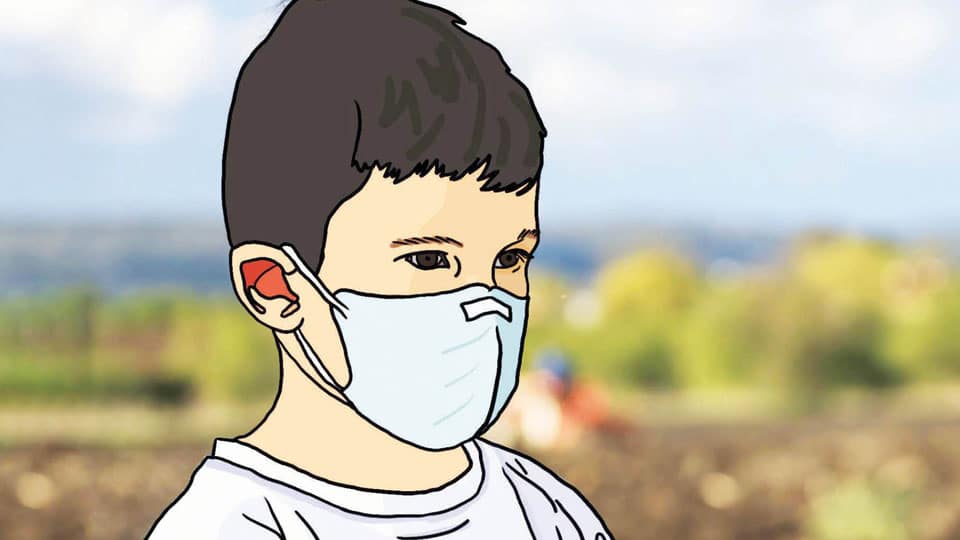 All between the age group of 0 and 10 years

Mysore/Mysuru: The recent surge in COVID-19 cases and with children being equally affected, parents are worried about a possible third wave and how it will impact their kids.

Similar to older adults, children also experience various symptoms and some of them are highly common and prevalent in all age groups including fever, runny nose, fatigue, sore throat and cough.

Children with a mild infection were treated in home isolation, recommending symptomatic treatment with paracetamol. However, if the symptoms continued to progress, medical help was sought. Counselling and one-on-one sessions with children treating children is important as children may lack the ability to express and also they may not realise the magnitude of the pandemic per se.

In all, 139 children visited the State-run Cheluvamba Hospital in May this year with symptoms and of them, 51 who had tested positive, were admitted. 88 children were closely monitored in home isolation as they had mild symptoms. “They were not serious and the children recuperated well,” Dr. Sudha Rudrappa, Medical Superintendent of Cheluvamba Hospital told SOM.

Six deaths were reported and one among them was a premature baby and an 11-year-old mentally challenged child. At the V.V. Puram Maternity Hospital, there were 170 deliveries and among them, 10 were high-risk deliveries and all the 10 babies had tested positive. But they have recovered well, thanks to the timely care provided by the Hospital. At the Cheluvamba Hospital, there are 100 oxygenated beds, 18 wards, two ventilators, six ICU beds and three warmers to meet emergencies.