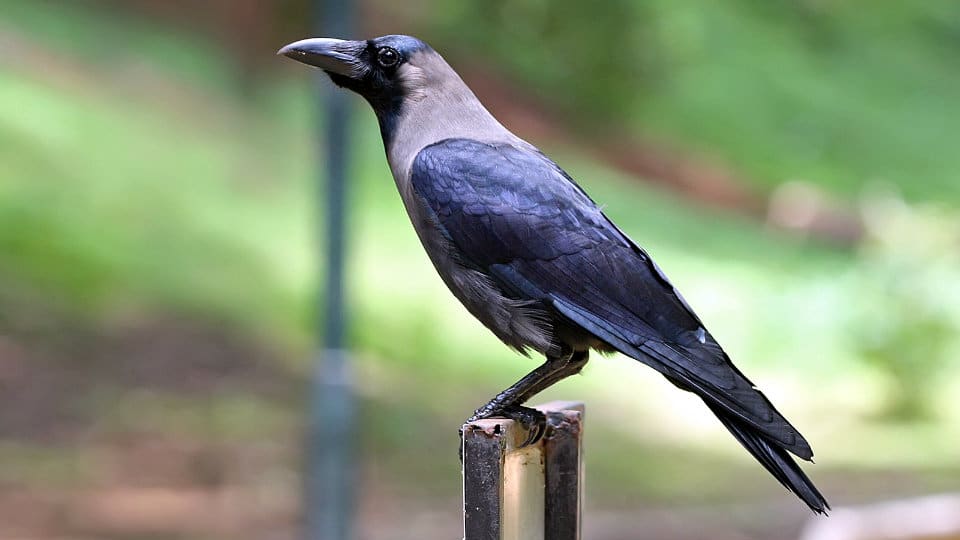 An episode featuring Birbal, the brainy quick wit during the reign of Moghal Emperor Akbar in 16th century also features crows, the not-much-adored humble bird, wearing on its wings as it were the derogatory identity as a natural scavenger. The storyline, once again throwing spotlight on Birbal for his unchallenged and spontaneous wit, is about the Emperor in fun or otherwise, seeking to know the number of crows in the capital city Agra. On hearing from the classy wit a certain number of the winged species to the last digit, the royalty had to give up even as Birbal closed the issue with the explanation that if the number was more than stated, the city’s crows were playing host to their guests from outside and if the number was less, the resident birds were out visiting their relatives and friends in the neighbouring regions. Alas, there is neither Akbar-like royalty nor Birbal-like know-all in our times, taking the ubiquitous city-cleansing-agent for granted. Emergence of various living species on the planet have been traced to an indeterminate past by Anthropologists but they don’t seem to have reckoned with the crow for reasons best known to them. However, the bird’s urban count is fast shrinking, as in Mysuru too.

Sparrow, familiar to old-timers of Mysuru, taking its appointed perch inside their homes during the times not too long past, has quietly deserted the urban spaces, having been starved of grains and insects, both of which were in plenty all over the place in days goneby. Now it is the turn of the crow, whose time-honoured portfolio of cleaning the town tidy has been taken over by Swachh Bharat Abhiyaan activists.

An academic from one of the Universities in the United States of America has pursued intense studies throwing light on many interesting aspects of the crow which should rekindle the time-warped relationship between the bird and humans, particularly urbanites. According to his keen observation, crow is more a walking urbanite than taking to wings, merely because its feed, namely residue of food scattered by the untidy residents of city spaces, is to be found on the ground. The learned researcher from abroad has estimated the current head count, read beak-count, of crows in its native land (India) at about 40 million, resulting in a flattering human-to-crow ratio prompting one to bestow VIP status to the bird.

The now-waning culture of making offers of food through the crow to the departed souls by some sections of society across the land, apart from denying tree-based shelter to the winged species, being at the root of the attrition in the crow-count, the trusted scavenger may have taken leave of urbanites for good. Although the Indian house crow doesn’t yet figure among the species heading for extinction, we may witness times when the cognoscenti will be heard crowing about the crows with the rest watching them, in the company of pigeons, pigs and canines which are strangers to clean environs.