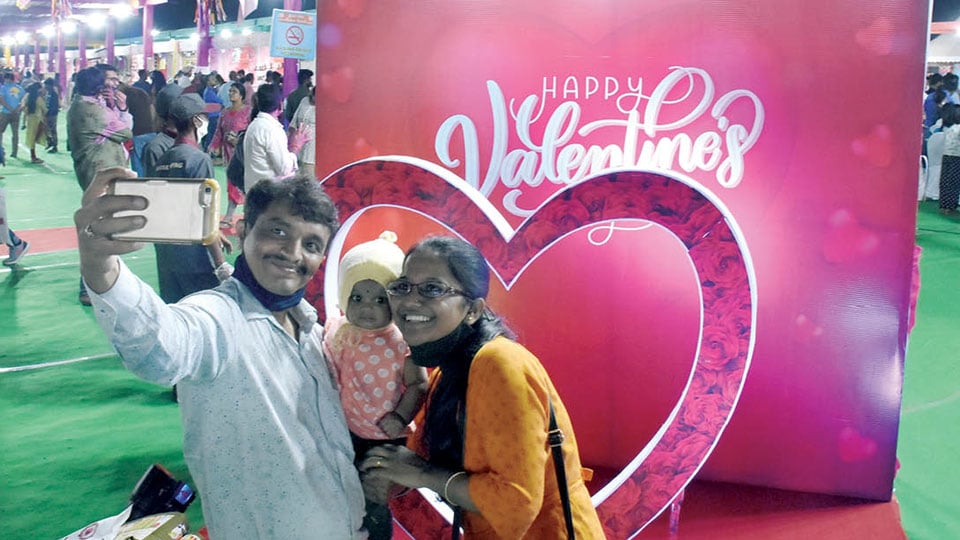 Over 125 varieties of food from different States were served to Mysureans. Along with lip-smacking food, a variety of cultural programmes entertained the visitors. Singers from bollywood too enthralled the audience daily which added colour to the festival. The exhibition also had selfie point, book mart and handicrafts items.

To mark the occasion of Valentine’s Day yesterday, a special selfie point at the venue attracted young and old alike.

The 26th edition of Hunar Haat would be held at Jawaharlal Nehru Stadium in New Delhi from Feb. 21 to Mar. 2.