Home » News » Cyber Crime Police Stations to be set up in all Districts: Home Minister 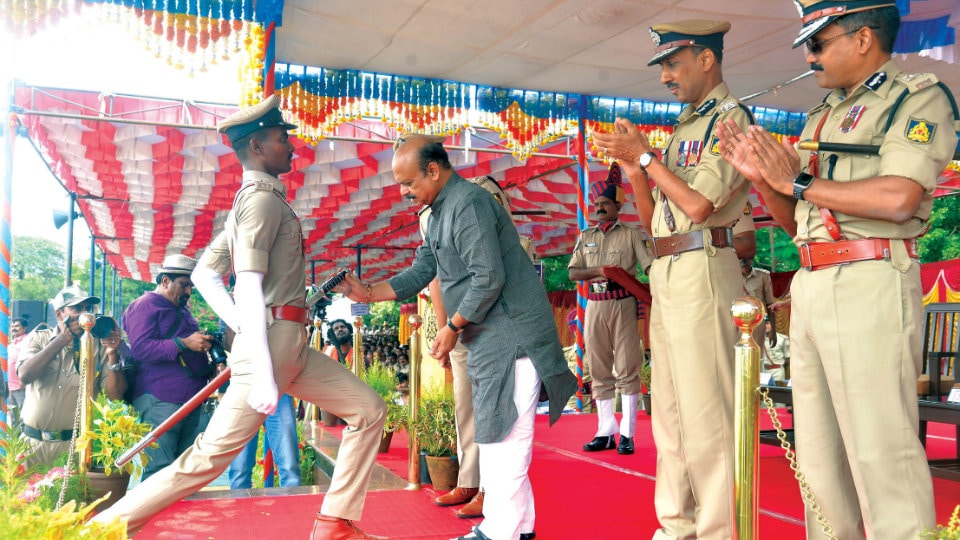 Cyber Crime Police Stations to be set up in all Districts: Home Minister

Mysuru: Home Minister Basavaraj Bommai has said that Cyber Crime Police Stations will be set up in all Districts to effectively tackle rising cyber crimes, economic offences, narcotic drugs peddling and such other crimes.

Speaking to presspersons after taking part in the Passing Out Parade of Probationary Police Sub-Inspectors at KPA (Karnataka Police Academy) Parade Grounds here this morning, Bommai said that the State Government  has received inputs from Central Intelligence Agencies on possible infiltration of illegal Bangladeshi migrants to the State and subsequently the Police Department has been put on high alert.

Pointing out that illegal Bangladeshi migrants may settle down under different identities, he said that the Police Department held two high-level meetings in this regard  and has come up with plans to tackle the issue.

On the implementation of Raghavendra Auradkar Committee Report on Police wages, Bommai said that the Government has submitted a proposal on wage hike to the Finance Department.

When his attention was drawn to Chief Minister B.S. Yediyurappa’s purported remarks on releasing Mahadayi water to Maharashtra during an election campaign in that State, Bommai said that the CM may have made the remark as a give and take policy, with Maharashtra releasing Krishna waters to Karnataka.

Maintaining that the State Government is committed for overhauling all Police Training Schools (PTS) in order to keep them equipped according to the modern day requirements, he said that a few Police personnel from all Police Stations will be trained at Forensic Science Laboratories.

Stating that the Police Department has entered into an agreement with a German Agency for Police Exchange Programmes, he called upon the probationers to give their best and thus bring honour to the Department.

Basavaraj Bommai distributed prizes to eight top performers who excelled during the foundation training. A total of 62 probationers including four women passed out in today’s parade.